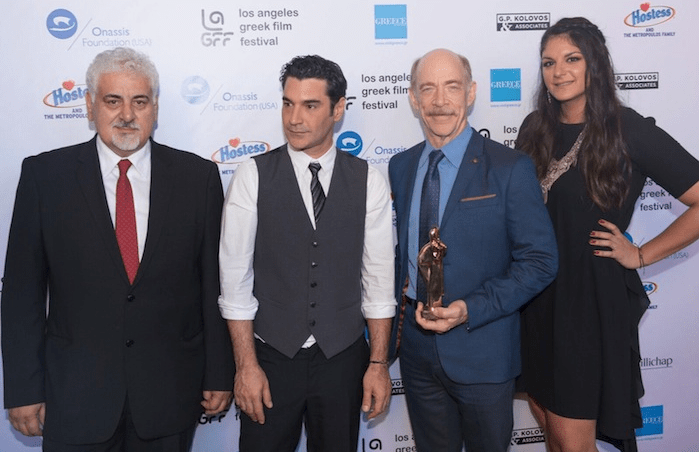 (Los Angeles, CA June 6 ) – The 10th Anniversary of the Los Angeles Greek Film Festival came to a close Sunday, June 5 with a screening and N. American Premiere of “Worlds Apart” and the star­studded Orpheus Awards produced by Dorothea Paschalidou and directed by Yorgos Karamihos and hosted by Mena Suvari.

In his opening remarks, Festival creative topper Aris Katopodisremarked “This 10th LAGFF is almost history, but it is also one that made history.Most films than ever, 56, most filmmakers present, 58, most North American Premieres 24, largest attendance and the belief that the future LAGFF will continue to shine, full of hope for Greek film, filmmakers and Greek culture, here in Los Angeles.”

The sold out Egyptian theatre was peppered throughout with 40 students from the Stella Adler Acting Academy dressed to honor the various eras since cinema began.

Katopodis introduced festival co­founders Ersi Danouand Angeliki Giannakopoulos. Danou thanked the many professionals including Executive Producer Alex Kalognomos and co­producer Eleni Arvaniti, the 50 volunteers and sponsors who have grown the festival to one of the premier summer events in Los Angeles. Giannakopoulos spoke to the filmmakers and the fact that when they conceived the idea for LAGFF all the festival directors in town told them they would not last four years emphasizing how wrong they were.

LAGFF’s director of development Paschalidou thanked all the sponsors for making the 10th special. She then gave out the second Jury Prize – Best Documentary­ to Evangelia Kranioti’s “Exotica, Erotica, Etc.”with a special mention going to Loukas Stamellos ‘ “Golden Dawn: A Personal Affair”.

Next up, “My Big Fat Greek Wedding” star Louis Mandylorannounced the final Jury Prize for Best Performance to actress Maria Kavogiannifor her portrayal of the older love interest to J.K. Simmons in “Worlds Apart.”

The Orpheus for Audience Choicewas then awarded to Christopher Papakaliatis for his touching triptych to love affairs and closing night film “Worlds Apart.”

The Orpheus Awards concluded five days of screenings and master classes and events for the patrons and participants of the festival. The fest began with raves from the crowd for the North American premiere of Tassos Boulmetis bitter­sweet “Mythopathy” introduced with a live performance by world­renowned singing sensation Alexia Vassiliou accompanied by guitarist George Karpasitis. The opening night party which kicked off the five days of screenings, master classes, and culinary events was DJ’d by KCRW’s Chris Douridas. 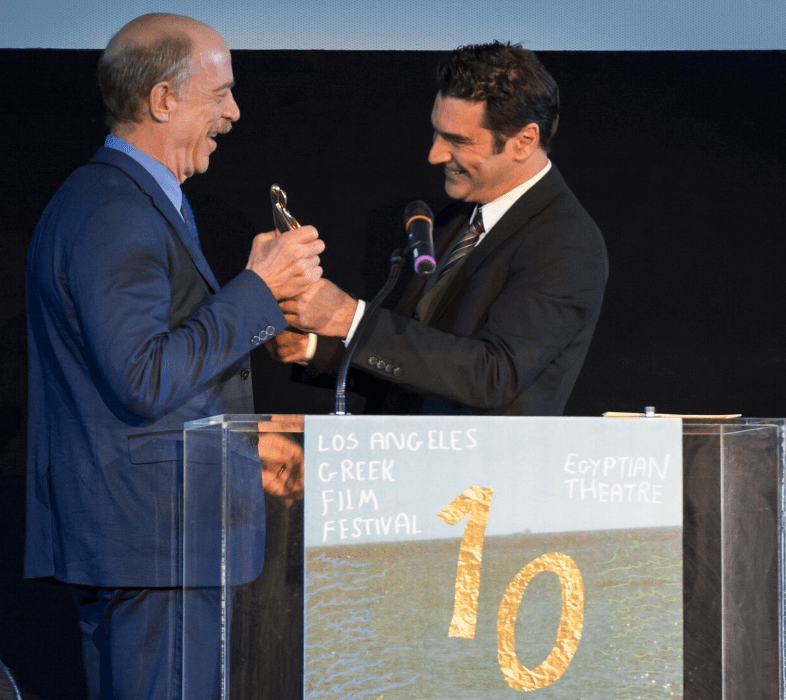