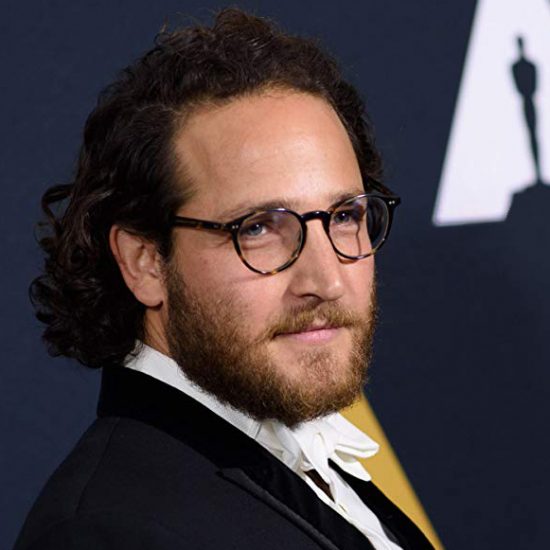 DAVID HENRY GERSON (BIRD OF PARADISE, Director / Co-Writer) is a filmmaker whose work has won prizes from the Academy of Motion Picture Arts and Sciences, the Sundance Film Festival, and has been acquired into the permanent collection of the Museum of Modern Art in NY. His debut feature documentary THE STORY WON’T DIE, on Syrian artists in exile, premiered at Hot Docs, AFI Docs, and won Best Director at Doc LA. He produced and acted in the short film CHAPEL PERILOUS, which won the Sundance Film Festival Audience Award. David’s spec screenplay, ABOVE KINGS, set to be produced by Donald De Line (Spielberg’s READY PLAYER ONE), was nominated to the Tracking Board Hit List and was a semifinalist for the Academy’s Nicholl Fellowship. He is a graduate of Columbia University and the American Film Institute, where he was the recipient of the AFI Richard P. Rodgers Award for Creative Excellence. His thesis film, ALL THESE VOICES, won the Student Academy Award®. He is repped by Gary Ungar and Reed Baumgarten of Exile Entertainment.

MASA SAROVIC (EMBRYO, Director) was born in Subotica, Serbia in 1993. She received a bachelor’s and master’s degree from the Faculty of Drama Arts in Belgrade – Department of Film Directing. Her short film THE CITY (2016) premiered at the San Sebastian Film Festival, after which it was presented and awarded at many other film festivals including Kustendorf (Special Jury Award). Another short film HOTTEST SUMMER DAYS (2018) premiered at the Sarajevo Film Festival and was presented at other festivals such as FID Marseille, Ljubljana FEKK (Gran Prix for Best Film), Winterthur International Short Film Festival, and TAU Student Film Festival Tel Aviv. In 2019 she took part in the Factory project of the Cannes Film Festival where she directed a segment of the omnibus film IN YOUR HANDS, which was shown at Quinzaine des Réalisateurs. She is currently developing her debut feature film.

KONSTANTINOS ANTONOPOULOS (GLORY B, Director / Co-Writer) received his film MFA from Columbia University in NY where he directed a series of shorts, such as the award winning WITHOUT GLASSES (2009) and LEA (2013). Back in Athens, he co-wrote Angelos Frantzis’ feature SYMPTOM (2015), edited Lugi Campi’s MY FIRST KISS AND THE PEOPLE INVOLVED (2016), and directed documentary series for the web and TV. His short film POSTCARDS FROM THE END OF THE WORLD (2019) received numerous awards at international festivals such as Aspen Shortsfest, Winterthur Kurzfilmtage and Brussels Short Film Festival. He’s a Berlinale Talents, Torino Film Lab, Less Is More, First Films First and European Short Pitch alumni. He received the Stavros Niarchos Foundation Artist Fellowship Award in 2019. His latest short film UNORTHODOX is due to premiere later this year. He believes in patience.

FANI SKARTOULI (GLORY B, Producer) has studied law and worked with prominent international law firms in Brussels, Paris and Athens in the fields of EU, Employment and Intellectual Property law. She started working in film in 2016. She has produced the short films POSTCARDS FROM THE END OF THE WORLD and MOM’S MOVIE, which premiered at the Locarno Film Festival in 2019. Fani has substantial working experience in international productions filmed in Greece, including BECKETT (Locarno Film Festival 2021) and THE LOST DAUGHTER (Directed by Maggie Gyllenhaal, Venice 2021). She recently collaborated with the Walt Disney Company on a Disney+ feature shot in Greece and currently in post-production. She is an alumna of Berlinale Talents (2021), Rotterdam Lab (2022) and an EAVE Producers workshop (2021). She is currently developing the feature film GLORY B. Other upcoming projects include the short film UNORTHODOX, currently in post-production, and GEORGE, written by Efthimis Filippou. 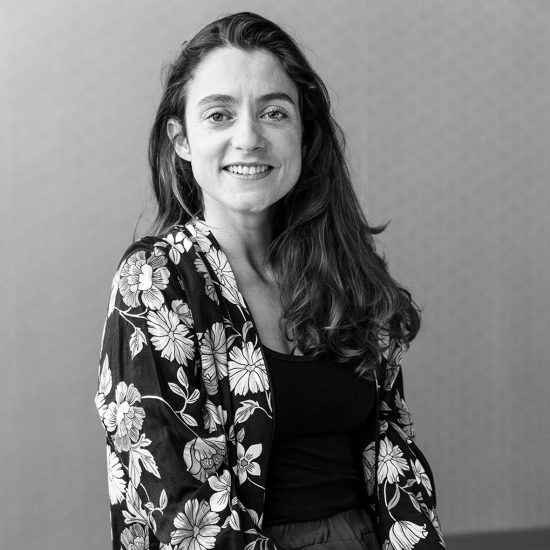 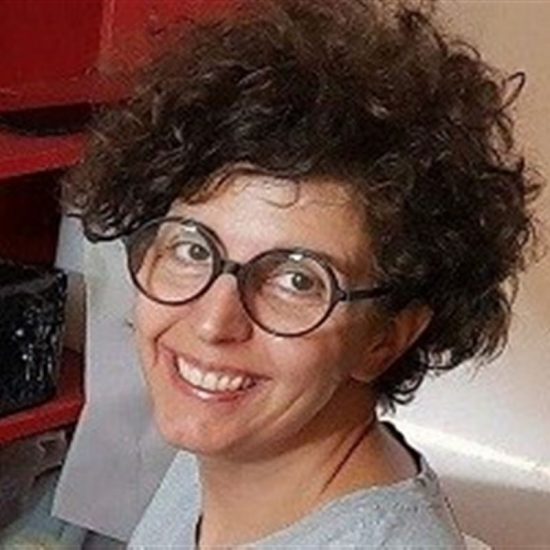 YIANNA AMERICANOU (MY NAME IS LILY, Director / Co-Writer) has an MA in Film from the University of Bristol and a BA in Film from the University of Iowa, under the mentorship of experimental filmmaker Leighton Pierce (Dean of CalArts). Her short films have been screened at many important international film festivals including Rotterdam IFF, Oberhausen ISFF and have received prestigious awards from Hamburg IFF, Drama IFF, and Cyprus ISFF. Her short film titled LULLABY received the Tonia Marketaki award for Best Directing (Drama ISFF, 2009) while it was taken by STOP International in Geneva and Anti Human Trafficking Organizations in Cyprus to promote anti-trafficking legislations throughout the island. Yianna’s debut feature film, .DOG has received funding by the Cyprus Cinema Advisory Committee, ERT, See Cinema Network and the Greek Film Centre, and distribution by Urban International (FR). Thessaloniki IFF Goes to Cannes chose it to participate at Marche du Film during the Cannes Film Festival 2020.

MANOS PAPADAKIS (PARAMONI, Director / Writer) was born in Heraklion, Crete in 1985 and studied cinema in Athens. He began his career in cinema as a Producer of the short films SUNDAY (directed by Vaggelis Serfas, 2013) and DON’T FORGET ME (directed by Giorgos Paterakis, 2014). Afterwards, while keeping the role of Producer, he moved towards screenwriting with the short film 1 (directed by Natassa Xidi, 2016). Later he moved toward directing while still keeping the roles of Producer and Screenwriter with the short film THE MEANING OF AUGUST, a 2020 production. His films have participated in many international festivals and have won various awards. He has participated in cinematic workshops like MFI, Talents Sarajevo, Interfilm Script and Pitch, and Sources 2. The most important project of his life so far is his 4 years old son, who has inspired him in a number of unexpected and yet unlimited ways. 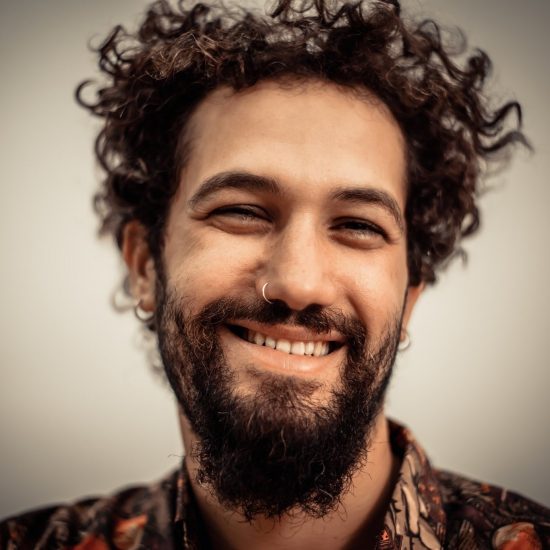 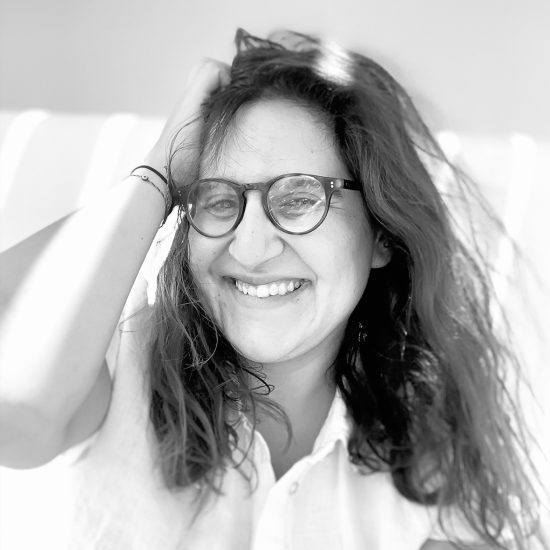 ALEXANDRA MATHEOU (SHIBBOLETH, Director / Writer) is a Cypriot writer and filmmaker based in Athens and London. She holds a Law LLB and LLM from King’s College London, as well as an MA in Film Studies from University College London (UCL). Her short films have screened internationally, and her latest A SUMMER PLACE (a Cyprus-France co-production), continues its successful festival run with screenings and awards at major film festivals around the world. Alexandra recently launched This is the Girl Films, an independent film production company based in Cyprus. She also co-founded Film SOS, Greece’s first initiative aiming to accelerate sustainability in the Greek audiovisual sector. Alexandra is an alumna of Talents Sarajevo 2018. She is currently working on SHIBBOLETH, her first feature film with the support of Onassis Culture and the Cyprus Film Fund.