PAVEL JECH (SCREENPLAY FEEDBACK) is a graduate of the Columbia University Film Division as well as of FAMU, The Film and Television School of the Academy of the Performing Arts in Prague, where he served two terms as dean from 2008 to 2016. During his terms, FAMU was ranked among the top film schools in the world, and student films met great success at some of the world’s top festivals. Previously, Jech was the founding chair of FAMU International, a department for English speaking students, and also the faculty liaison for NYU-Tisch, American University, Yale and other programs for American students visiting Prague. He is an active instructor of screenwriting and script analysis, and works as an expert advisor for Sundance Labs, Berlinale Talents, the Mediterranean Film Institute and for the Midpoint Center, which he co-founded and serves as head of studies. Jech lectures internationally, and his manual on dramaturgy for short films, The Seven Minute Screenplay is used by film students around the world. He also worked in over ten countries as a screenwriter and script editor, including for the feature film GRANTHOTEL (Berlinale premiere 2007), has worked as a creative collaborator on some of the most recent films of Jan Nemec, and has directed a short film presented at the European Film Academy Award ceremony. 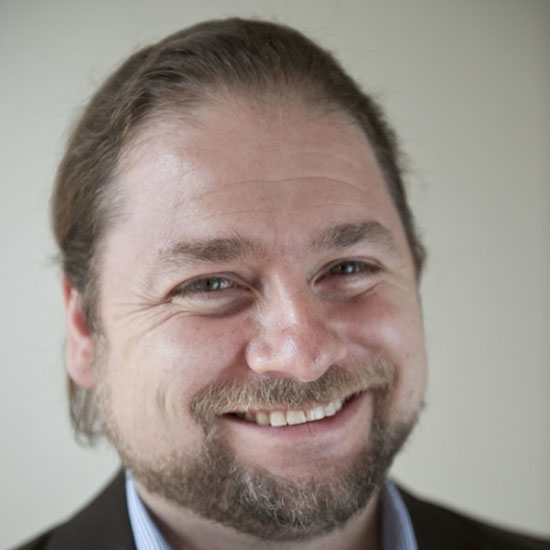 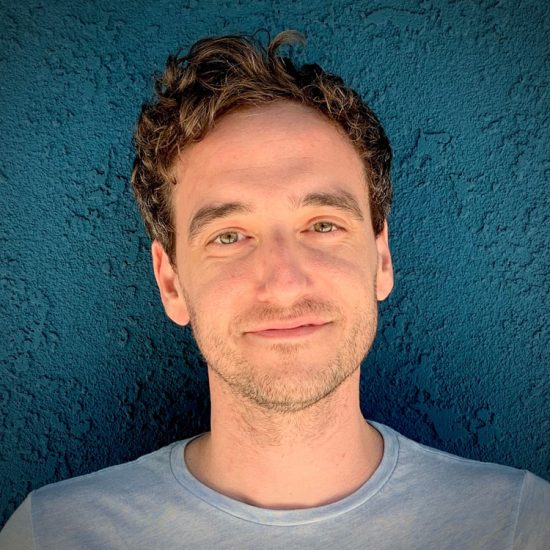 DAVID WALTER LECH (ONE-ON-ONE MEETINGS) is a screenwriter and cinematographer. Co-writing with his creative collaborator, Terrie Samundra, Lech’s credits include the 2020 Netflix Original film KAALI KHULI, BETAMAX (2013 Sundance Institute International Screenwriters Lab), and the narrative adaptation of the D.A. Pennebaker/Chris Hegedus documentary TOWN BLOODY HALL. He is also co-creator and co-writer of the episodic series in development THE BALLAD OF POOJA. As a cinematographer, he is known most notably for THE WIND AND THE WATER (World Dramatic Competition, Sundance 2008), A LOVELY DAY and LITTLE FEET by director Alexandre Rockwell (2013 TIFF Premiere, Special Jury Prize at the Mar Del Plata Film Festival with Jury head Bong Joon-Ho). An East Coaster, Lech now lives in Los Angeles with his family. 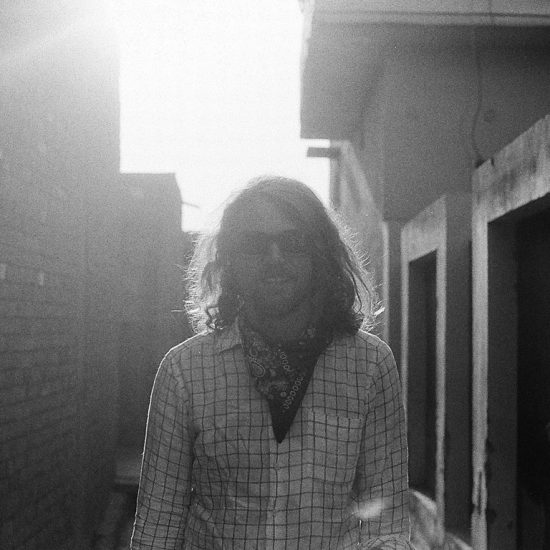 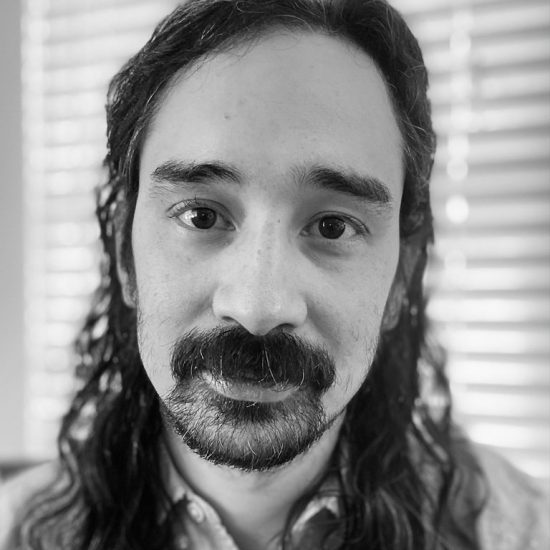 JASON LEW (ONE-ON-ONE MEETINGS) is a Chinese-American filmmaker based out of Los Angeles. He wrote and directed THE FREE WORLD, which premiered in Dramatic Competition at the 2016 Sundance Film Festival. The film stars Elisabeth Moss, Boyd Holbrook & Octavia Spencer and was distributed by IFC. His first screenplay, RESTLESS was directed by Gus Van Sant and produced by Ron Howard. Recently, Lew has been writing/producing on multiple TV projects (INSECURE, BALLERS) for HBO, including an original pilot developed for Lebron James’ banner, Springhill. Current: a scripted podcast for Qcode, A western-feature currently in development, a drama series with Tessa Thompson’s VIVA MAUDE and writing/producing credits on Damon Lindelof’s latest show for Peacock. Jason was a Cinereach fellow and is a grad of NYU, where he studied acting, directing and design for theater.

ROSITA LAMA MUVDI (SCREENPLAY FEEDBACK) is a Palestinian-Colombian director/screenwriter whose visceral films explore the monster within all of us and what happens when it finally comes out to play. After working in Colombia’s film industry for several years, Rosita attended the American Film Institute Conservatory where she graduated with an M.F.A. in Directing in 2016. Since then, her psychosexual fairy tale LA SIRENA has won Best Horror at multiple festivals, including the Grand Jury Award at Dances With Films and the Mary Shelly Award at Other Worlds Austin, given to a female filmmaker whose film furthers the representation of women in genre. Currently, Rosita lives in Los Angeles and is repped by Verve Talent & Literary Agency and Luber Roklin Entertainment. 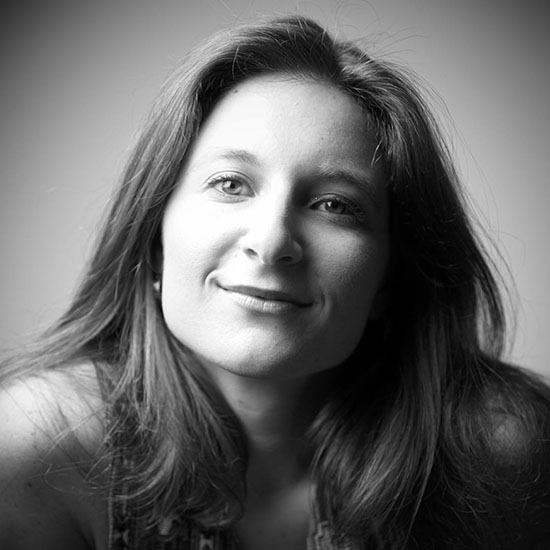 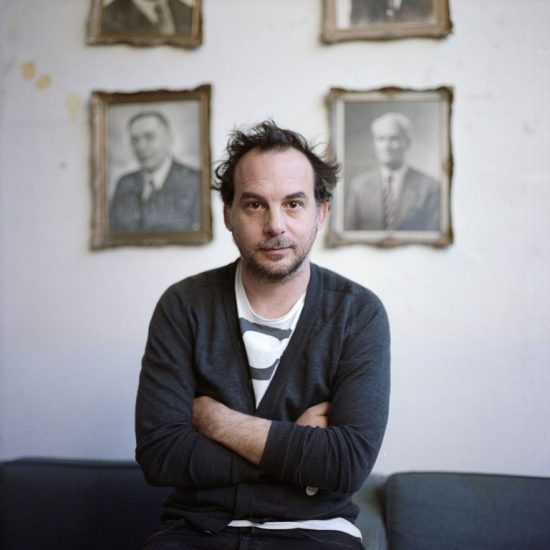 Born in Greece, ARGYRIS PAPADIMITROPOULOS (JURY) studied in the UK. His shorts, TENDER, 2004 and PENDULUM, 2003 travelled around the world and got him a Berlinale Talent Campus stamp on his passport. He directed four feature films (MONDAY, 2020, SUNTAN, 2016, WASTED YOUTH, 2011 and BANK BANG, 2009), that received critical acclaim and commercial success and travelled to many prestigious international film festivals around the world, including Toronto, Rotterdam, SXSW, BAFICI, Karlovy Vary, Munich, Edinburgh, Brussels and more. Argyris’ latest film MONDAY starring Sebastian Stan and Denise Gough, would have premiered in Tribeca 2020 in a world without COVID19, finally premiered in Toronto 2020 (Industry Selects section), was released in the US by IFC and is represented for its international sales by Protagonist Pictures.
He also directed more than 200 commercials for clients like Coca Cola, Ikea, Absolut Vodka, Nescafé and many more and social campaigns for Amnesty International, ActionAid, WWF and more.
With his producer’s hat Argyris produced some of the most significant films of the new Greek cinema like BOY EATING THE BIRD’S FOOD and Berlinale’s sensation AT HOME.

PATRICK PICARD (SCREENPLAY FEEDBACK) is a filmmaker from Virginia. He studied philosophy at the College of William & Mary and earned his Masters of Fine Arts from the American Film Institute. His debut feature, THE BLOODHOUND, was included among PASTE’s “Best Poe Adaptations” and has been described by the Hollywood News as an “impressively stylish and intellectual debut”. 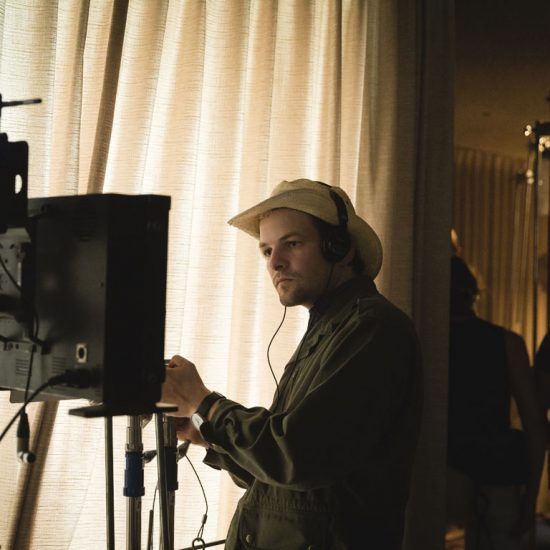 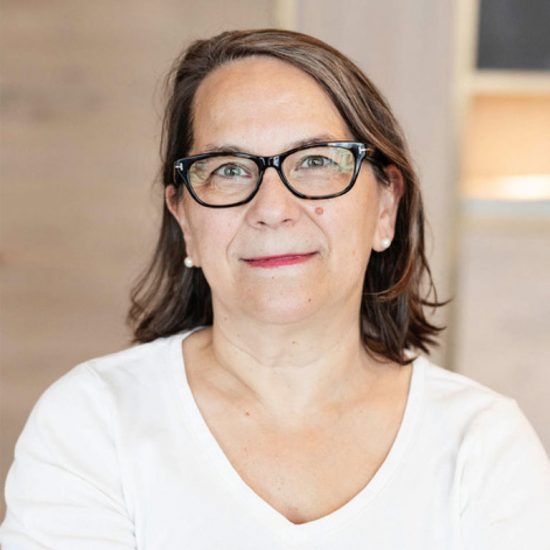 MARISE SAMITIER (SCREENPLAY FEEDBACK) is an awarded director and optioned screenwriter born in Spain, based in Los Angeles. Marisé holds an MFA in Screenwriting from UCLA. She is alumnae of American Film Institute’s Directing-Workshop-for-Women (AFI-DWW). Her feature length scripts have placed semifinalist in Nicholl Fellowship, Austin FF, Page. She’s produced, written and directed multiple short-films, plus PSA’s and music-videos. Her work has received awards internationally. Marisé worked as World-Cinema-Coordinator in Sundance. She served in the selection committee of AFI-DWW. Both action-drama feature AFRICAN HARVEST and intimate-thriller A FISTFUL OF ASHES participated at Maison des Scenaristes Cannes 2017 and 2019, and eQuinoxe Europe 2021. She lives in Los Angeles with her husband and her 15-year old daughter who keeps them young and playful.

TERRIE SAMUNDRA (ONE-ON-ONE MEETINGS) is a Director and Screenwriter whose debut feature, the Netflix Original film KAALI KHULI, was released internationally in October 2020. Currently, Samundra is in development of her original series THE BALLAD OF POOJA, an international co-production with US and India studios, and she has recently wrapped work as a staff writer on an undisclosed Netflix series. She is an alumna of the Sundance Institute International Screenwriters Lab, the SFFILM/Kenneth Rainin Screenwriting Fellowship and the Sundance Women in Film Finance Intensive. A multicultural artist, Samundra grew up between a rural village in India, a small farming town in Missouri, and along the coast of California. She is represented by the Gersh Agency and Circle of Confusion. 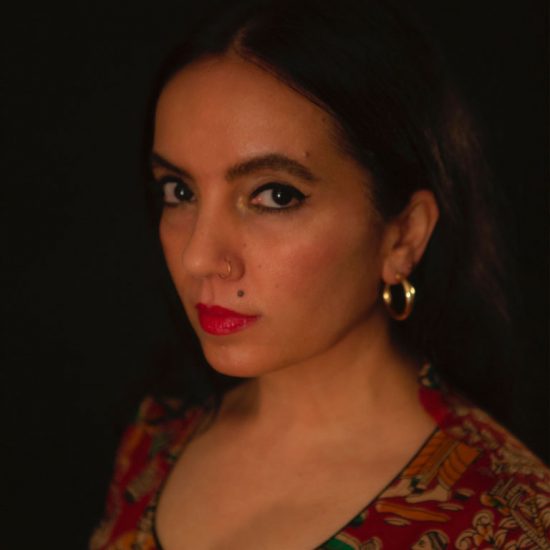 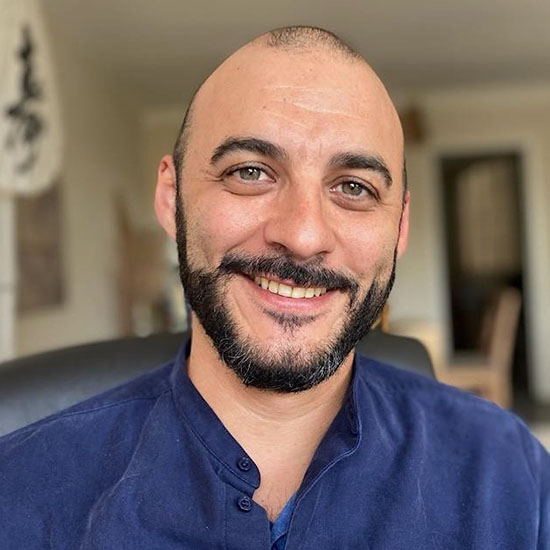 Born in Buenos Aires, GUIDO SEGAL (ONE-ON-ONE MEETINGS) moved to Los Angeles to pursue his MFA in Screenwriting at UCLA. He has worked as a film critic in Argentina and Spain, and was a Jury Member at la Semaine de la Critique during the 2014 Cannes Film Festival. He directed and produced documentaries for History and Discovery Channel, and he co-wrote the films LEONES (2012), and KEKSZAKALLU (2016), both of which premiered at the Venice Film Festival. His screenplays have been nominated for two International Emmy awards and have won one Martin Fierro award. Segal has taught Screenwriting and Film Analysis in Argentina, Spain, and Finland; he currently teaches Introduction to Screenwriting at UCLA. He has worked for Buena Vista International, 30 West, Marvista Entertainment and Anonymous Content.

Born in Brazil, ANA SOUZA (JURY) was partially raised in Amsterdam. She holds a B.A. from the University of Warwick, England and an M.A. from the University of Southern California. She is the Manager of the Programming department at Sundance and a programmer on the features team. In addition to her work at Sundance, she is the Director of Programming at the Sun Valley Film Festival and the Forum Producer for the Palm Springs International ShortFest. She has also programmed for AFI FEST, Outfest, the Indian Film Festival of Los Angeles, and the LA Film Festival in the past, and she has worked in various capacities for LALIFF, Ambulante California, and NALIP’s Latino Media Fest, among others. 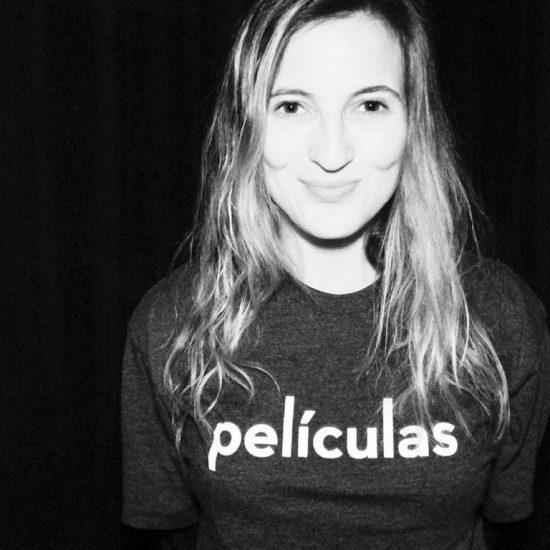 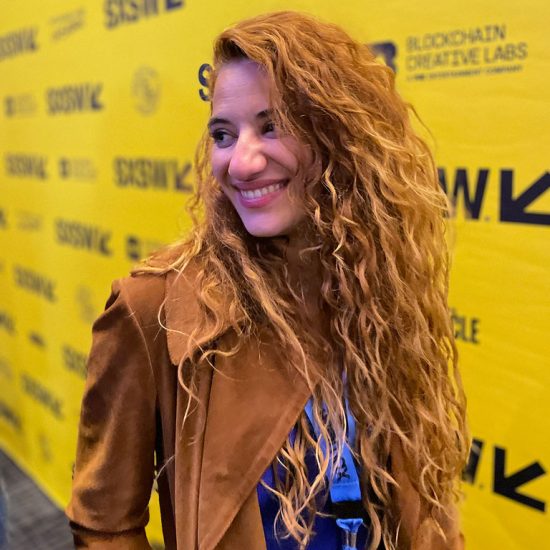 MANDO STATHI (ONE-ON-ONE MEETINGS) is a producer, born and raised in Athens. She received her MA from Goldsmiths University of London and since then she has lived and worked in Athens, Italy, London, San Francisco and she is currently based in Los Angeles. In 2011, she founded Stathi Twins Productions with her twin sister Myrto Stathi and together they have produced features and shorts that have been screened, and awarded at top tier festivals, including the Semaine De la Critique in Cannes Film Festival 2021. At the same time, Mando is working as a producer for Viking Brothers Entertainment, Peter Stormare’s (JURASSIC PARK, FARGO, PRISON BREAK, ARMAGEDDON) and Glenn Lund’s (ANIARA, SWEDISH DICKS) production company. She is one of the creators of the Viaplay Original Series “The American Runestone” that premiered in Discovery + in the USA and she was behind the production team of Lionsgate’s TV series SWEDISH DICKS starring Stormare and Keanu Reeves. She is currently developing a feature film and a drama limited series.

Screenwriter JEFF STOCKWELL’S (GROUP INTRO) feature credits include: THE DANGEROUS LIVES OF ALTAR BOYS, produced by and starring Jodie Foster; WILDER DAYS, (a telefilm nominated for the WGA Award for Best Original Long Form TV); and Disney’s BRIDGE TO TERABITHIA and A WRINKLE IN TIME. He has done uncredited writing on projects including PERCY JACKSON AND THE OLYMPIANS: THE LIGHTNING THIEF and ARTEMIS FOWL, has spent a year as a contract writer at Pixar Animation Studios, and has numerous projects in development.

Jeff has been an instructor/mentor with the Screenwriting Lab at Film Independent since 2004, and, for the past several years, with both Global Media Makers and American Film Showcase screenwriting workshops in LA, the Middle East, North Africa and Asia. 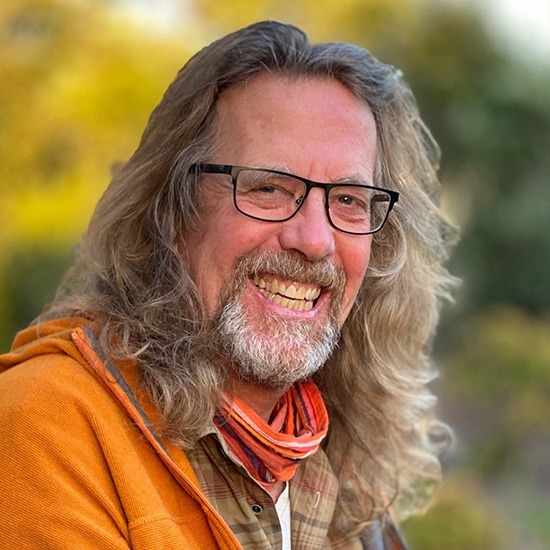 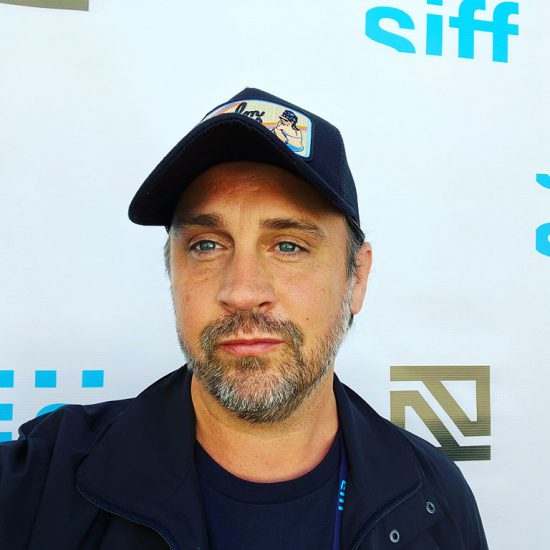 DANIEL TALBOTT (SCREENPLAY FEEDBACK) is an award-winning Writer and Director, a Lucille Lortel Award winning theater Producer, and the artistic director of Rising Phoenix Rep. He just premiered his debut feature film, co-written and co-directed with Samantha Soule, – Midday Black Midnight Blue at SIFF in Seattle. His pilot MEADOW LANE is in development with John Lesher’s Le Grisbi. His feature script GRAY is in active development in Denmark with Motor Productions, with Martin de Thura attached to direct. His feature script YOSEMITE (Golden Palm, Best Screenplay – Beverly Hills Film Fest; Best Screenplay – Flickers’ Rhode Island International Film Festival (RIIFF); High Scribe Residency at the Sun Valley Film Festival) is in development, with Hari Sama attached to direct and Eric Norsoph producing. He is a graduate of Juilliard and has been on staff at THE CONNERS for ABC, as well as THE MIST, based on the Stephen King novella, for Spike TV.

ELIA URQUIZA (SCREENPLAY FEEDBACK) is one of the founding partners of La Panda Productions, a creative collective company formed by a group of Spanish Filmmakers and Producers in Los Angeles in 2012. After operating in the US for four years, La Panda opened offices in Spain in 2016 to help bridge the gap between Hollywood and their native country. The company offers production services in both countries and specializes in developing international independent co-productions focusing on the Spanish speaking market. As such, La Panda has co-produced such acclaimed films as Carlos Marques Marcet ́s 10000KM and ANCHOR AND HOPE, Julia Solomonof’s NOBODY’S WATCHING, Koldo Serra’s 70BINLADENS, or Lila Aviles’ LA CAMARISTA, selected by Mexico as their Oscars contender last year. 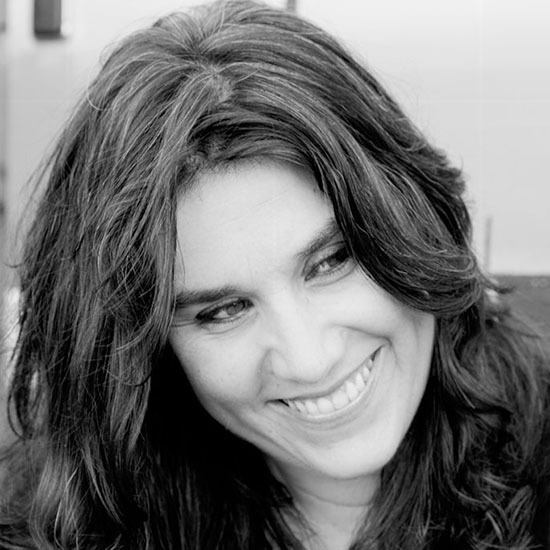 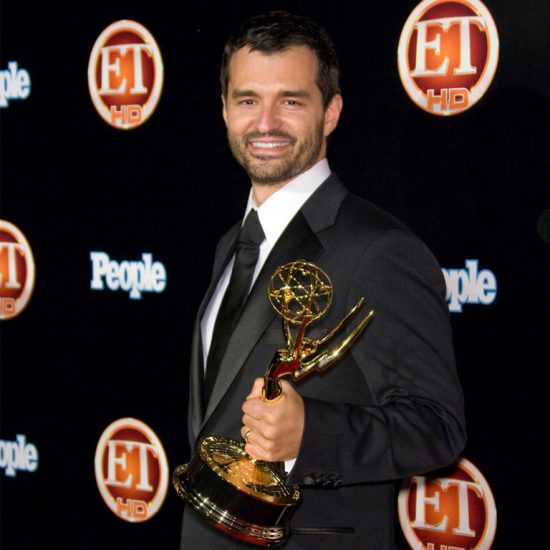 GREG YAITANES (JURY) just wrapped producing and directing the GAME OF THRONES prequel, HOUSE OF THE DRAGON, for HBO. Prior to that he Executive Produced and Directed CASTLE ROCK for J.J. Abrams and Stephen King, THE TWILIGHT ZONE for Jordan Peele. Yaitanes served as Showrunner, Executive Producer, and sole director of Netflix’s MANHUNT: UNABOMBER and well as Cinemax’ critically acclaimed series QUARRY. He also was Showrunner of the cult favorite Banshee. It was his work on global phenomenon HOUSE, M.D. that earned him an Emmy Award in 2008 for Outstanding Directing for a Drama Series. Between HOUSE and BANSHEE, Greg has led his team to 29 Emmy nominations and 6 wins, including the first Emmy nomination for content aired exclusively online for the Fox series, DRIVE. Greg has three kids, Van, Electra and Leo. They live in Los Angeles.