(February 16, 2012, Los Angeles, California)—In the spirit of the globally-celebrated sporting event born in Athens, Greece over two centuries ago, the Los Angeles Greek Film Festival (LAGFF) is going for its own gold medal with its sixth annual event Thursday, May 31st, through Sunday, June 3rd, 2012.  LAGFF will take place at the Linwood Dunn Theater on the campus of the Academy of Motion Picture Arts & Sciences’ Pickford Center for Motion Picture Study in the heart of Hollywood, California.  Produced by the nonprofit Eastern Mediterranean and Balkan Cultural Center (EMBCC) with the support of sponsors worldwide, the Los Angeles Greek Film Festival promotes awareness of Greek culture through the art of cinema.

Acknowledging the heartbreaking social and political challenges in her beloved Greece, LAGFF cofounder and Artistic Director Ersi Danou expressed, “The people of Greece are the first to experience an unprecedented crisis that is affecting not only their country but also Europe, the US, and the world.  Yet we, at the Los Angeles Greek Film Festival, insist on identifying crisis with opportunity for change.  To us, ‘change’ means looking forward to a better future; it also means looking back in order to honor the great foundations and principles of an ancient culture.  Only then can we truly expect a new homecoming.”

Filmmakers dreaming of their own Hollywood homecoming have until March 9th to submit films for possible inclusion in the festival as fully explained at www.lagff.org.  The 2012 Los Angeles Greek Film Festival will include ten feature film screenings paired with short films; a “Representation in Hollywood” industry panel with top talent and literary agents in Hollywood; an “Editing for Film Writers” workshop by screenwriter, editor, producer, director and University of Southern California Professor Michael Economou; and a retrospective seminar celebrating the work of the late, great Greek film director Theo Angelopoulos.

In an official statement which also acknowledged the recent death of esteemed film director Michael Cacoyannis, Danou expressed, “We are now compelled to remember how they captured the epoch of modern Greek history through their very own worldview.  The stoic Angelopoulos saw a country and its people in the crux of political strife through the melancholy of contemplation while the vehement Cacoyannis sang odes to the passionate nature of his society.  Both painted the Greek psyche, heritage and dilemma in close view, and both, in turn, defined modern Greek cinema.  Their departure is a gesture of bequeathal.  The torch is in the hands of the young, but the young must always remember.”

Empowering Greek and Greek-inspired filmmakers, the Los Angeles Greek Film Festival counts among its prestigious board Academy Award®-winning actress Olympia Dukakis, Academy Award®-nominated writer and actress Nia Vardalos, and Academy Award®-winning screenwriter Alexander Payne, whose film The Descendants is currently in contention for five Academy Awards®.  LAGFF cofounder Angeliki Giannakopoulos expressed, “Filmmakers around the world dream of coming to Hollywood one day, and for many filmmakers of Greek heritage, this dream has come true.  We are here to facilitate this journey for upcoming filmmakers, and to celebrate and honor Greek culture.”

A prestigious jury will select winners of the Los Angeles Greek Film Festival’s Orpheus Awards (named for the legendary Greek poet and “father of songs”) to be presented at a closing night gala party hosted by the Consul General of Greece in Los Angeles, Elisavet Fotiadou.

“As every year, I am looking forward to those wonderful days in the beginning of summer when we all take our seats in front of the big screen and we get transported to the Greece we love and care about,” expressed Consul General Fotiadou.  “As our country is going through one of the most difficult times of its recent history, the new Greek films are expected to be even more intriguing and inspirational.  The festival’s wonderful team is dedicated to this outcome, and we look forward to welcoming you to opening night on May 31st.”

As a testament to its success on many levels, LAGFF was influential in bringing Hollywood attention to the critically acclaimed film Dogtooth, helping that film land as Greece’s official entry into the Best Foreign Film category—for which it was ultimately nominated during the 2011 Academy Awards® season.  At the culmination of the 2010 Los Angeles Greek Film Festival, Dogtooth director and co-producer Yorgos Lanthimos was presented with the Orpheus Award for Special Achievement in Film.

The invitation-only Consul General’s party has historically been limited to filmmakers in competition, festival sponsors and board members, select dignitaries and industry insiders.  However, with the merger this year of the exclusive party into the Orpheus Awards to take place after the closing night film, all festival attendees are encouraged to “go for the gold” themselves by purchasing an all-access Gold Pass which is the only other way to attend this coveted event, as individual tickets will not be made available.

The 2012 LAGFF Gold Pass includes tickets and advance entrance to all films, panels and programs; the opening and closing night champagne receptions; a deluxe program book; free parking at the Linwood Dunn Theater; and, of course, the must-have ticket to the exclusive Orpheus Awards party.  In the face of the global economic crisis hitting Greece with a vengeance, the cost of the 2012 LAGFF Gold Pass has been reduced by $100 (33%) to only $200, but must be purchased online in advance at this link. (http://www.itsmyseat.com/events/332862.html).

To “coach” LAGFF in its gold medal round, the founders have secured as its Executive Director, film festival veteran Craig Prater, who helmed the Palm Springs International Film Festival for nearly a decade, and has since championed film festivals worldwide.

“My expectations are very high this year,” said Prater, “and I am confident the founders, board members, staff and volunteers are up to the challenge of delivering the most outstanding edition of the Los Angeles Greek Film Festival ever.  We are all honored to be a part of this invaluable endeavor.”

In addition to the burgeoning audience enjoying the LAGFF each year, the 2012 event will welcome official film groups from San Diego, Riverside and San Bernardino counties, Phoenix and Scottsdale, Arizona and elsewhere, whose members will all receive Gold Passes as well as an exclusive orientation to the festival, up-close-and-personal interaction with filmmakers, and exciting side trips.  LAGFF is also delighted to announce, to further strengthen the relationship between the Hollywood and Greek filmmaking communities, an American film group is being organized to attend the Athens International Film Festival, September 19th through 30th.

Evolving information about the 2012 Los Angeles Greek Film Festival is available at www.lagff.org.  Exclusive Gold Passes are available online as described above.  Anyone interested in being part of the special film groups should contact Craig Prater directly at (760) 831-7349 or via email at FestivalOFests@aol.com.   Key sponsorship opportunities are still available for the 2012 LAGFF.  Contact Craig Prater for those details as well.

Friends and fans worldwide are encouraged to follow the Los Angeles Greek Film Festival at www.Facebook.com/lagff, www.Twitter.com/lagff and at www.youtube.com/LAGreekFilmFestival.

NOTE TO MEMBERS OF THE MEDIA

Media credentials for the 2012 Los Angeles Greek Film Festival are limited, especially for the Orpheus Awards Gala Party, so special consideration will be given to media outlets that provide the festival with significant advance coverage (although advance coverage of the festival does NOT guarantee access to the Orpheus Awards party).  We will do everything we can do to accommodate all media requests.  To receive a 2012 LAGFF Media Credentials Application, please send an email to Nicholas Snow at SnowbizNow@gmail.com.

ALL OF THE PHOTOS/IMAGES CONTAINED IN THIS DOCUMENT ARE ALSO AVAILABLE IN HIGH RESOLUTION AT THE LINK BELOW.  1) Copy and paste the link into your browser; 2) Click on the photo/image you want; 3) Save the photo to your desk top for use in your reporting. 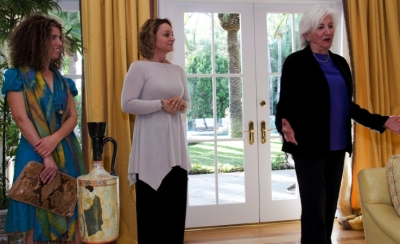 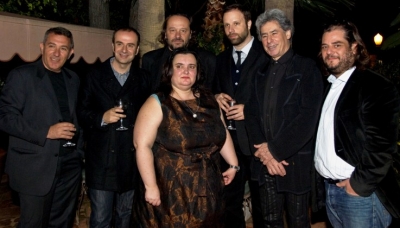 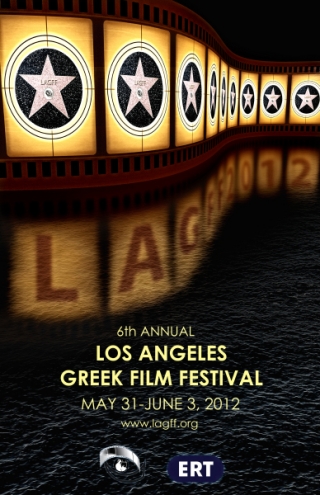 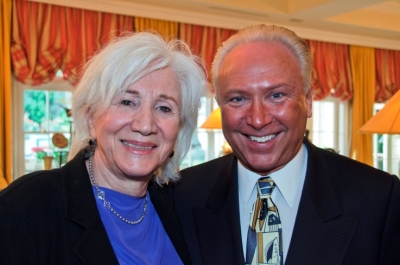