“The narrative feature from writer/director Nika Agiashvili and Paramyth Films is a triumphant true tale of Van Vlahakis, a Greek immigrant who arrived in America with only $22 in his pocket, but eventually founded the multimillion dollar Green company, Earth Friendly Products.”

(April 13, 2012 – Hollywood, California) As the Diaspora of Greeks throughout the world share the pain and in many ways the immense challenges currently being faced by the courageous people of Greece—and as America continues to wrestle with its own views on immigration—the programming team of the 2012 Los Angeles Greek Film Festival has chosen to open their sixth annual event with a story of experience, strength and hope that challenges people to rise in the face of adversity, and inspires them to find new and different ways to live lives infused with integrity and grace while making the world a better place.

A Green Story, the narrative feature from writer/director Nika Agiashvili and Paramyth Films is a triumphant true tale of Van Vlahakis, a Greek immigrant who arrived in America with only $22 in his pocket, but eventually founded the multimillion dollar Green company, Earth Friendly Products. The red carpet gala world premiere of A Green Story will take place May 31st, 2012, at Hollywood’s historic Egyptian Theater to launch the four-day festival.

“It is truly an honor that the Los Angeles Greek Film Festival has chosen our movie for their gala red carpet opening night,” said A Green Story writer/director Nika Agiashvili. “We felt that if we were going to tell the story of Van Vlahakis, we needed to tell it in the most authentic way possible. When we started in pre-production, we were committed to not only shooting in Greece, but also casting Greek actors. To be able to shoot in such an historic location like Athens is a dream for me as a filmmaker, and provides authenticity about the beginnings of Mr. Vlahakis’s amazing and inspirational life, a life that is truly having a transformational effect on the planet.”

“We particularly like the uplifting and celebratory message of the film, especially in light of the hard times Greeks are experiencing in their homeland,” said Ersi Danou, Co-Founder/Artistic Director, LAGFF. “It is important to remember the ancient spirit of Ulysses, entrepreneurial and resilient at the same time.”

LAGFF Co-Founder Angeliki Giannakopoulos added, “It is great to open the Festival with a film that honors a Greek American who is a pioneer in the field of environmental sustainability, a field in which we hope to see many more Greeks excel, and which LAGFF has championed since last year when, inspired by Earth Friendly Products’ values, we promoted Archipelagos, a Greek organization dedicated to the protection of the Greek seas, and indigenous seeds.”

The four-day festival will also take place at the Linwood Dunn Theater on the campus of the Academy of Motion Picture Arts & Sciences’ Pickford Center for Motion Picture Study, also in the heart of Hollywood. Produced by the nonprofit Eastern Mediterranean and Balkan Cultural Center (EMBCC) with the support of sponsors worldwide, the Los Angeles Greek Film Festival promotes awareness of Greek culture through the art of cinema.

LAGFF Executive Director Craig Prater stated, “A Green Story is a perfect opening night film because it celebrates the community we serve, and it has all the elements to attract the movers and shakers in ‘green’ industry. It is serendipitous that Shannon Elizabeth is garnering worldwide attention in American Reunion while, at the same time, Billy Zane is once again on the global stage with the release of Titanic in 3D.”

A prestigious jury will select winners of the Los Angeles Greek Film Festival’s Orpheus Awards (named for the legendary Greek poet and “father of songs”) to be presented at a closing night gala party hosted by the Consul General of Greece in Los Angeles, Elisabeth Fotiadou.

“As every year, I am looking forward to those wonderful days in the beginning of summer when we all take our seats in front of the big screen and we get transported to the Greece we love and care about,” expressed Consul General Fotiadou, who will host the closing night gala party at her private residence. “As our country is going through one of the most difficult times of its recent history, the new Greek films are expected to be even more intriguing and inspirational. The festival’s wonderful team is dedicated to this outcome, and we look forward to welcoming you to opening night on May 31st.”

The entire film and program lineup, which includes comedies and dramas addressing Greek’s economic crisis, will be announced in late April. LAGFF will include ten feature film screenings paired with short films; a “Representation in Hollywood” industry panel with top talent and literary agents in Hollywood; an “Editing for Film Writers” workshop by screenwriter, editor, producer, director and University of Southern California Professor Michael Economou; and a retrospective seminar celebrating the work of the late, great Greek film director Theo Angelopoulos.

Limited tickets are available for a world premiere of A Green Story and exclusive opening night party for $75. The LAGFF Gold Pass which includes tickets and advance entrance to all films, panels and programs; the opening night festivities; a closing night champagne reception; and, of course, the must-have ticket to the exclusive Orpheus Awards party – is only $200. To purchase passes and tickets and for further information, visit www.lagff.org and www.agreenstorythemovie.com.

The 2012 Los Angles Greek Film Festival is grateful for the support of numerous key sponsors, many of which are mentioned here.

Gold Patron Earth Friendly Products (www.ecos.com) returns for a second year as a sponsor of the Festival’s Closing Night green party. Earth Friendly Products uses cleaners that are plant-based, paper that is recycled with 80% post-consumer content, detergents that won’t harm clothing fibers, and phosphate-free auto dish soap that will not etch dishware. And only products not tested on animals, period. Earth Friend Products. Green. Clean.

Gold Patron Hellenic Broadcasting Corporation—ERT S.A. (www.ert.gr/ertae/en/etaireia/etaireia.asp) was founded in 1938 and is the largest radio and television broadcasting organization in Greece. As the country’s first broadcaster, it has an unrivalled audio and visual historic archive which captures much of the history of modern Greece. ERT has three broadcasting television stations with national coverage (ET1, NET and ET3), one satellite channel (ERT world), four terrestrial digital channels (Cine+, Prisma+, Sport+ and Info+), six radio programs with headquarters in Athens (NET, Second Program, Third Program, FILIA, KOSMOS, ERA Sport, two international radio stations based in Thessaloniki (95.8 and 102 FM), and 19 regional radio stations throughout Greece. ERT has been an ardent supporter of LAGFF since 2008.

Click here for a link to the official trailer
(http://www.agreenstorythemovie.com/trailer.html)

Click here for high resolution versions of the captioned images below.
(http://notesfromhollywood.com/photo/albums/los-angeles-greek-film-festival-in-the-news) 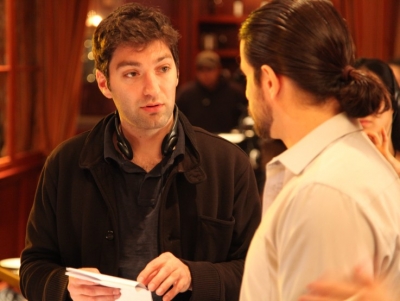 A Green Story Writer/Director Nika Agiashvili on the set. 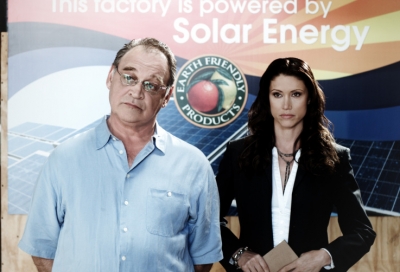 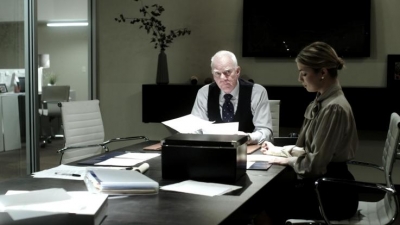 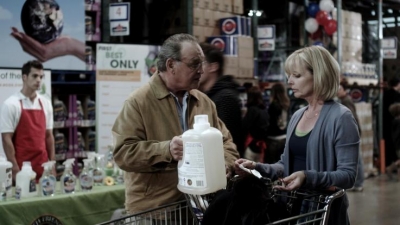 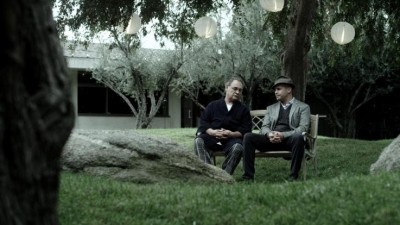