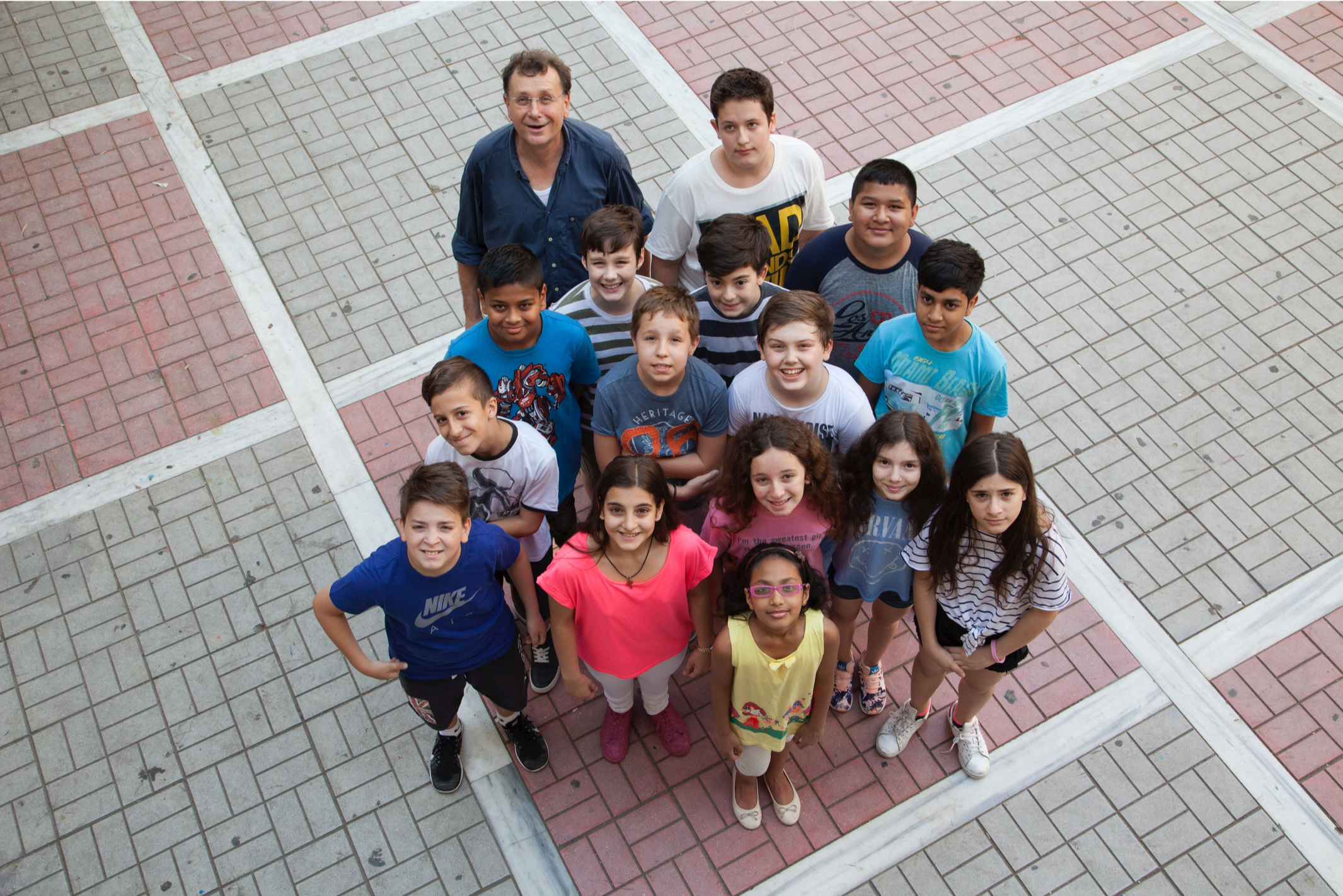 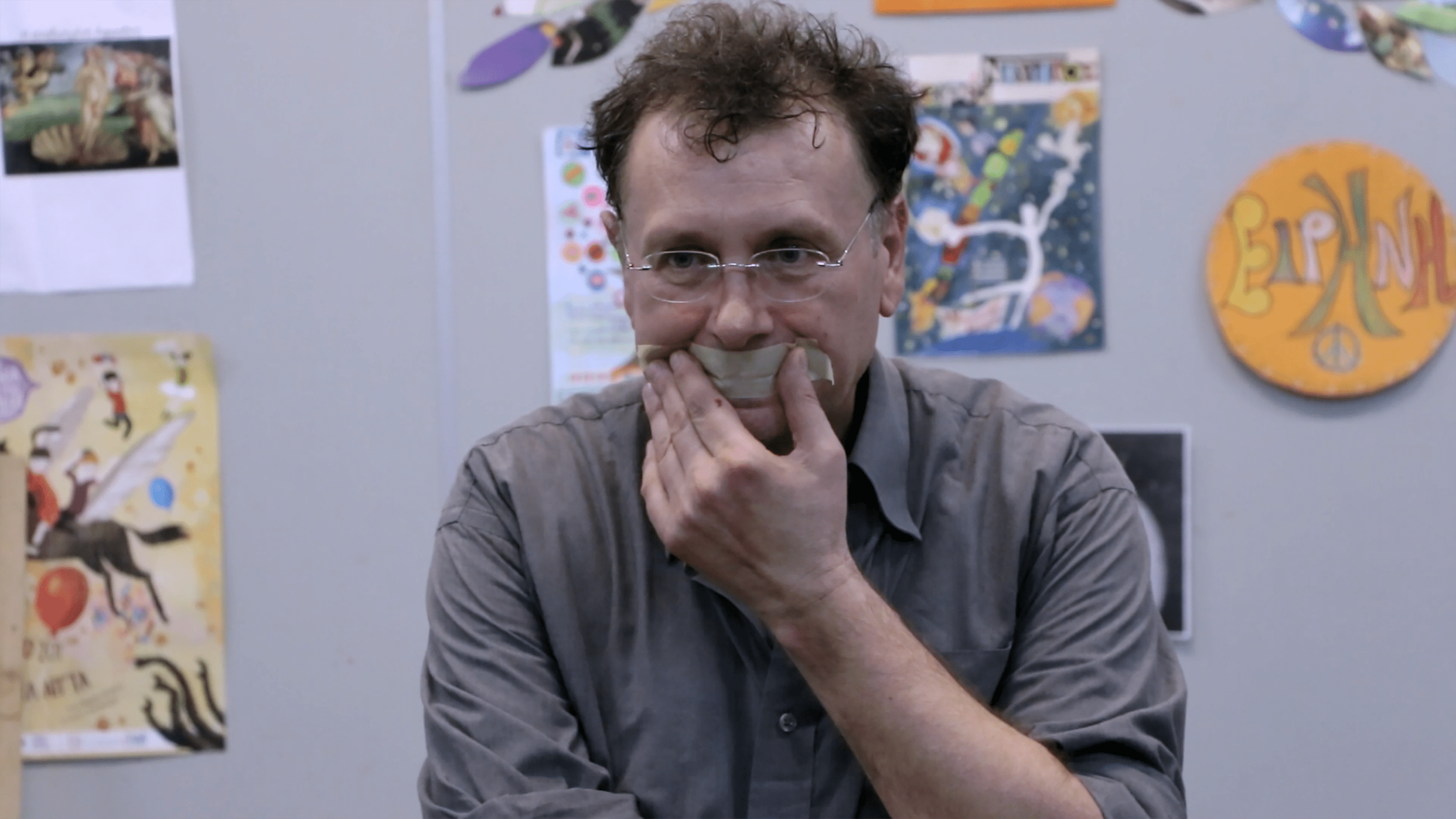 For 30 years now, Fotis Psycharis has been a primary teacher at a state elementary school in the heart of Athens. Reflecting the diversity of the neighborhood population, the majority of his pupils are refugee and immigrant children from Africa, the former USSR, the Balkans, the Middle East, and Asia, who often regard Greece as an unavoidable but also convenient stop on their journey across Europe. Cultural differences, the lack of a common language, the Ramazan, Bollywood, the life lessons learned during the rehearsals for the graduation day performance, the hopes and fears for the future, all make up the unique reality of this class, consisting of 17 pupils from 7 countries. 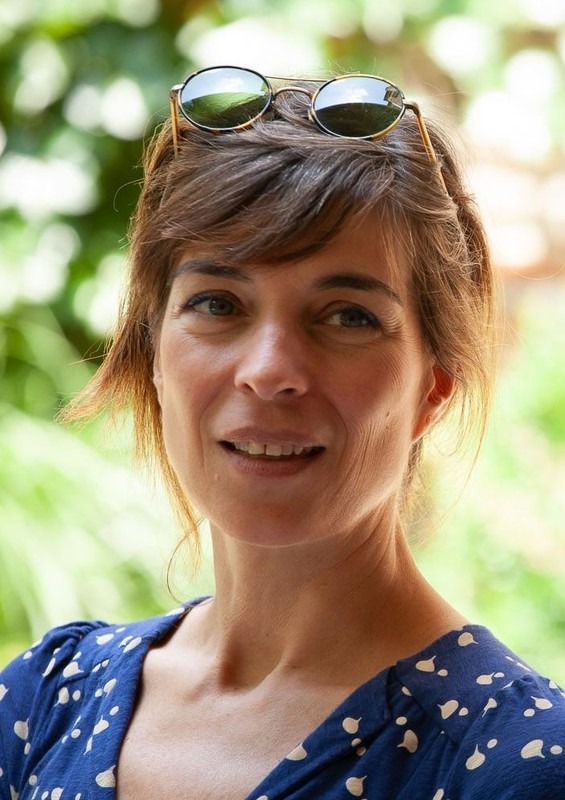 Dimitra Kouzi: “I look at the world with curiosity and joy, as if I discover it anew each day. Transformation of reality has always interested me, and my favourite courses were at the School of Cinema and Television in Munich. In the documentary industry, I have worked in all possible posts, with a focus on creative documentary development, festival audience development, and impact distribution. In 2016, I established KinderDocs International Documentary Festival for children and young audiences, in collaboration with the Benaki Museum in Athens and MOMus in Thessaloniki, as well as IDFA (Amsterdam) and Doxs! (Duisburg, Germany). I contribute articles to the Greek-and German-speaking press on topics inspired and related to documentary.”