Netflix, Amazon and other streaming platforms are expanding throughout the world, producing original content in multiple territories. While this film & television boom has generated a lot of opportunity, it has also threatened the integrity of the local industries. How can the cultural identity and artistic diversity of local film production in a small country like Greece, be protected and nurtured? How can the local film industries coexist with the global, and maintain relevance? 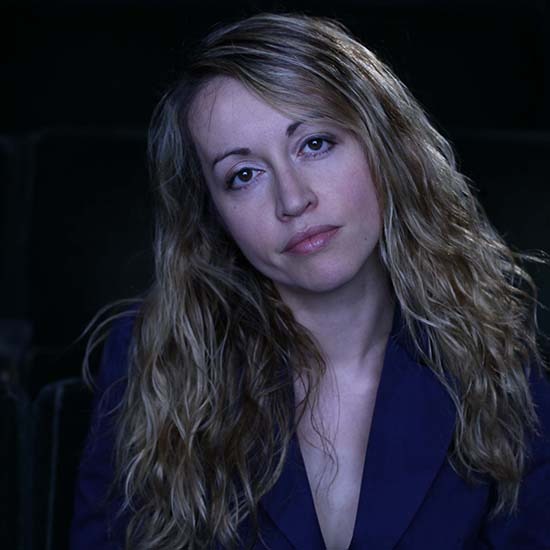 Sabrina Doyle is a writer and director based between London and LA. Her feature directing debut, Lorelei, starring Pablo Schreiber and Jena Malone, was an official selection of the Tribeca Film Festival. It won the Jury Prize at the Deauville American Film Festival and the Jordan Ressler First Feature Award at the Miami Film Festival. The film was released in select US theaters in 2021, subsequently selling to Hulu in the US and Sky Cinema in the UK. The late Alan Parker called Doyle’s work “refreshingly intelligent, serious and lyrical. Much needed in tomorrow’s cinema.” Her directing work has been supported by Women in Film LA, Google, Panavision, the Mary Pickford Foundation and BAFTA North America. She was honored by BAFTA as a Brit to Watch and chosen to participate in the Sony Pictures Entertainment Diverse Directors Program. As a screenwriter, she’s been a Top 50 Nicholl Semifinalist and has written for Participant Media. Previously, Doyle worked as a BBC journalist for six years, producing content for the UK’s flagship news programs. She got top Bachelor’s and MPhil degrees from Cambridge University, then won a Fulbright Scholarship to the American Film Institute, where she completed her MFA in Film Directing. 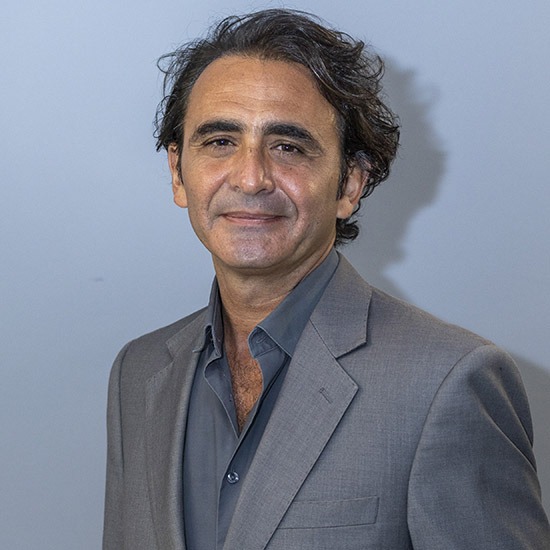 Giovanni Mastrangelo is a freelance producer. Some of his past projects include Intikam, a Turkish adaptation of Revenge; Umutsuz Ev Kadınları, a Turkish adaptation of Desperate Housewives; Doktorlar, a Turkish adaptation of Grey’s Anatomy; Hrysa Koritsia, a Greek Adaptation of Golden Girls; Bnot HaZahav, an Israeli adaptation of Golden Girls; and Desperate Housewives Africa, a Nigerian adaptation of the ABC original. Between 2019 and 2021, Mastrangelo held the position of chief operating officer – head of business affairs at FremantleMedia Italia’s The Apartment Pictures; the company produces film and television for international audiences, including projects such as My Brilliant Friend, Paolo Sorrentino’s The Young Pope and The New Pope, the Oscar-nominated Hand of God, and Luca Guadagnino’s We Are Who We Are. From 2014 to 2019, Mastrangelo worked for The Walt Disney Company as country manager for Turkey, Israel, Greece, Cyprus, and Malta. Prior to that he was Disney’s general manager of media distribution, Middle East and Africa. 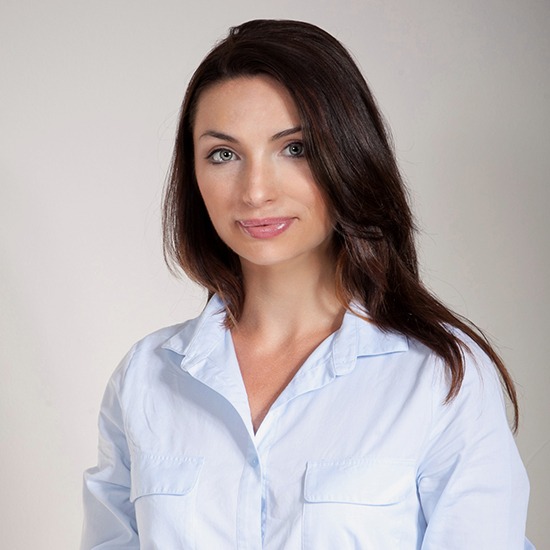 Mirela Nastase is Director ZDFE.Drama at ZDF Enterprises GmbH, where she is responsible for the sales and acquisitions of drama programs to customers in French-speaking and Central Eastern European territories. She holds a degree in theater history and theater management from the National School of Theater and Film, U.N.A.T.C in Bucharest, Romania, a BA in Cinema and Contemporary Literature, and MAs in audiovisual studies and cinema history as well as audiovisual production and multimedia from the University of Lyon, France. Nastase first worked for production companies such as OnStage Productions and La Vie est Belle Films Associés, France. She also worked on the sales team of Munich-based Tandem Communications and as a sales manager at STUDIOCANAL TV, Munich, Germany, and London, UK. 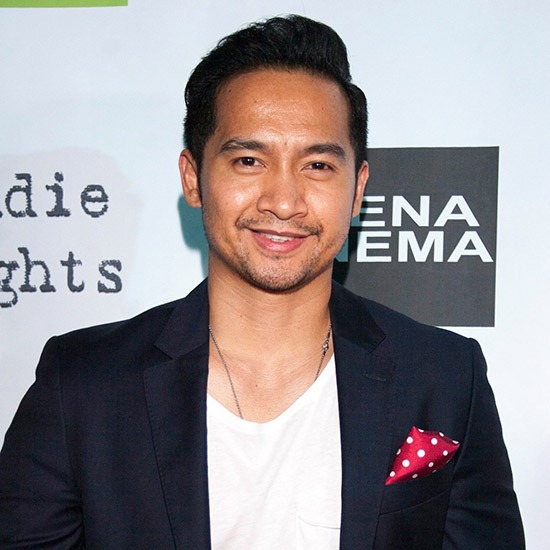 Jeremy Nocon is an entertainment industry veteran who worked as an executive in film and television at The Jim Henson Company from 2009 through 2021. Formally trained as an attorney, he served as vice president of business development for Jim Henson’s Creature Shop, a major division of the studio, and worked on many feature films and television shows, including The Dark Crystal – Age of Resistance for Netflix and The Jungle Book for Disney. Prior to joining Henson, Nocon worked in various producer roles on short and feature films for independent productions. Now an independent filmmaker, Nocon is currently developing projects under his own production banner, Day Ones Productions, Inc. One of the company’s first projects in development is a feature film based on the horror short titled, “Still” (2019), which Nocon directed and produced. As a Filipino-American filmmaker, Nocon aims to tell compelling stories in all genres that feature diverse cultures and themes from his world view. 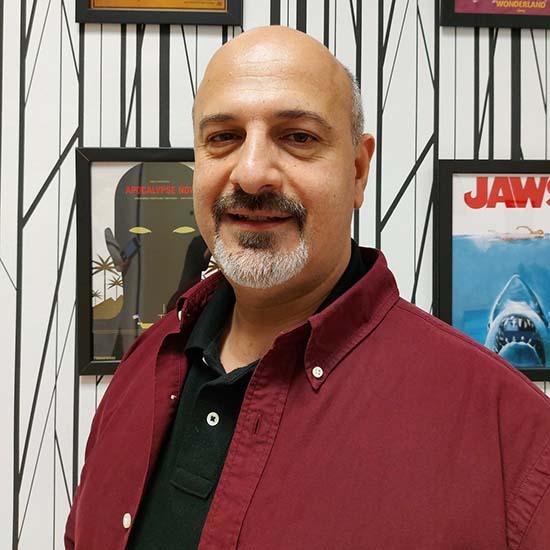 Dionyssis Samiotis is a producer of over 30 feature films, including box office hits such as Politiki Kouzina (2003), My Name is Eftihia (2019) and Smyrna (2021), which has been nominated for 12 Hellenic Film Academy award nominations, including Best Picture and Best Director. He was associate producer on Costa Gavras’ Eden Is West and co-producer/production coordinator on international co-productions such as The Kings of Mykonos by Peter Andrikides, O Jerusalem by Ellie Chouraqui, and Fugitive Pieces by Jeremy Podeswa. He studied law at Athens University Law School and the University of London, focusing on intellectual property rights. Since 2012, he has served as a board member and vice president of sales, acquisitions, and business development for Tanweer Group, working on content sales and distribution in various territories, including Greece, Cyprus, the Middle East, India, Turkey, and Eastern Europe. At Tanweer Productions, he is currently producing multiple television series, such as the beloved Remember When (Τα Καλύτερά Μας Χρόνια) and The Hypochondriac (Και Όμως Είμαι Ακόμα Εδώ). 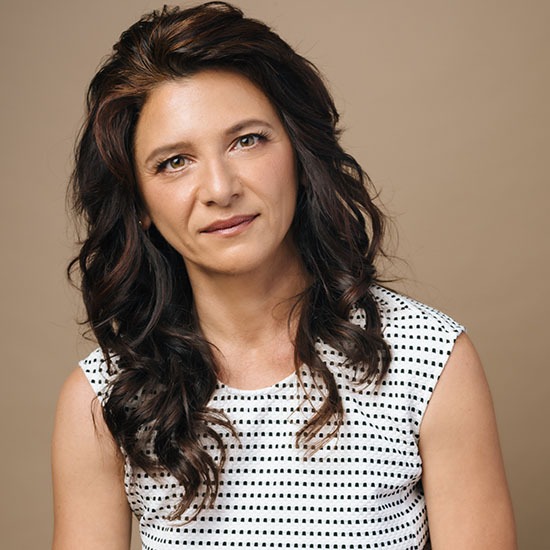 Carina Rosanna Tautu ((moderator) is an award-winning film director, screenwriter and professional mediator. Born behind the Iron Curtain in Bucharest, Romania, Tautu has traveled the world making movies. She was educated in Romania at the National Film School, then came to New York on an American Association Of University Women International Scholarship. Tautu holds an MFA in film directing From Columbia University, an MSc in neurobiology from University of Bucharest, and a master’s degree in dispute resolution from Pepperdine Caruso Law school. Her latest short documentary, “La Jaula del Gallo/The Rooster’s Cage,” was filmed in the Peruvian Amazon and won the Special Jury Prize at Bangkok International Film Festival 2020, among other accolades. “En Route” (2022), a short she produced in Burkina Faso, was the winner of an HBO Africa First Grant and a selection at Clermont-Ferrand African Perspective 2022. She was selected as a Berlinale Talent for her project “No Left Turn” (USA/Burkina Faso). She is also the creator of the Mediator’s Talk web series, co-produced by the Beverly Hills Bar Association, which features interviews with top mediators and peacemakers in the U.S. Her projects in development and more of her work can be seen on silkstringpictures.com.

To register for this event please visit the following URL: https://www.lagff.org/preserving-cultural-identity-artistic-diversity-in-the-era-of-streaming-giants-registration-form/ →

Los Angeles Greek Film Festival
LAGFF is a 501(c)(3) non-profit organization that focuses its attention on showcasing films and filmmakers from Greece, Cyprus and the rest of the world to the US. During the last 15 years, LAGFF has screened over 520 films and hosted over 500 filmmakers supporting their films.
Website
Faceboo
Instagram
Twitter
Youtube
More info