Lethal Nationalism: Genocide of the Greeks 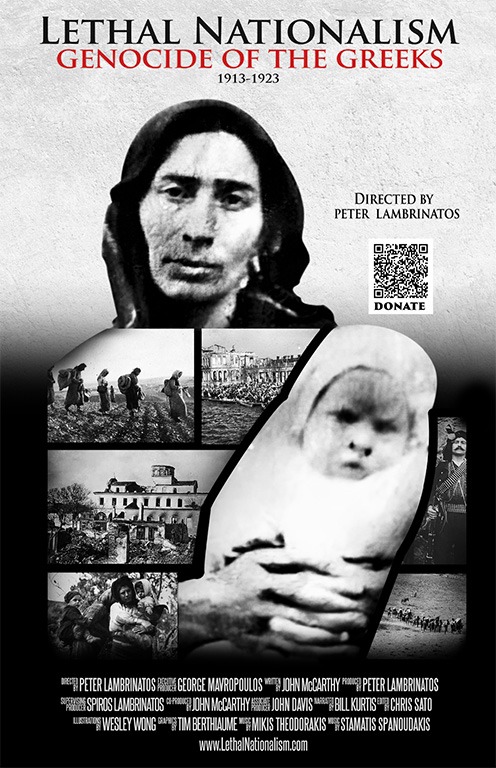 Lethal Nationalism: Genocide of the Greeks

by
46 46 people viewed this event.
Donation

This documentary chronicles the genocide of the Greeks, and other indigenous Christians, at the hands of the Ottoman and Nationalist Turks.

Nearly a million Greeks were killed, while millions more were uprooted from their ancestral homelands in Asia Minor, Pontos, and Eastern Thrace as part of the Turks’ campaign of ethnic cleansing of its Christian populations. The Genocide also annihilated Armenian and Assyrian Christians.

This tragic event, the first Genocide of the 20th century, has been kept silent for 100 years. The voices of those martyred will no longer be silent.

To register for this event please visit the following URL: https://forms.gle/RUypEuS7u7QMiGQH7 →

The Gianopulos Family Theater is our new state-of-the-art theater with the latest in audiovisual technology, providing an exceptionally superior viewing experience. Theater style seating accommodates up to 580 people.