One of the most notable Greek film directors, Theo Angelopoulos was killed in a road accident on January 24, 2012, while filming THE OTHER SEA. He was born on April 27, 1935, and from an early age showed signs of his love for drama and poetry. As a young man, he quit his law studies and enrolled in the famous French film school, IDHEC. His feature debut, RECONSTRUCTION (1970), marked the onset of modern Greek cinema. With emphasis on the political and historical message of his films as well as the poetic value of the image, Angelopoulos’s subsequent work greatly influenced generations of Greek and international filmmakers. Such works as THE TRAVELLING PLAYERS (1975), THE HUNTERS (1977), VOYAGE TO CYTHERA (1984), LANDSCAPE IN THE MIST (1988), ULYSSES’ GAZE (1995), and THE WEEPING MEADOW (2004) present the unique view of a man with deep knowledge of a people and their history. Angelopoulos was revered among film critics, especially in Europe and the US. His film MEGALEXANDROS (ALEXANDER THE GREAT) won the Golden Lion at the Venice Film Festival in 1980, while ETERNITY AND A DAY was acknowledged with the Palme d’ Or at Cannes in 1998. His tragic loss interrupted the long and prolific life of a true artist. 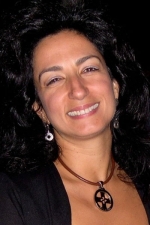 Dr. Katerina Zacharia is a Professor of Classics at Loyola Marymount University, Los Angeles. She received her B.A. degree in psychology and philosophy from the University of Athens, and her M.A. and Ph.D. degrees in classics from University College London. Her main interests and publications are in Greek drama; Greek ethnicity; Greek cinema; classical reception; visual culture; tourism and heritage studies. She is the author of Converging Truths: Euripides’ Ion and the Athenian Quest for Self-Definition (Leiden: Brill 2003), and editor and major contributor for Hellenisms: Culture, Identity and Ethnicity from Antiquity to Modernity (Aldershot: Ashgate Variorum 2008). In 2010-11, she received two consecutive research fellowships, the first by the Initiative for Heritage Conservancy, and the second, an Onassis Senior Foreign Fellowship, for her work on Greek tourism. Dr. Zacharia is an experienced organizer of theatrical performances and workshops, artistic events, and film retrospectives, and is a consultant on matters of letters and the arts for the Michael Cacoyannis Foundation in Athens, Greece. 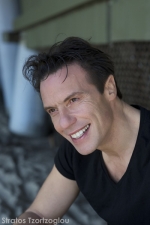 A well-known Greek actor, Stratos Tzortzoglou trained at Karolos Koun’s Art Theater School and has had an extensive career in cinema and television in Greece and internationally. He has collaborated with renowned Greek film directors Theo Angelopoulos, Michael Cacoyannis, Pantelis Voulgaris and Nikos Panagiotopoulos, and has co-starred with such film icons as Irene Papas, Catherine Deneuve, Lena Endre, and Harvey Keitel. 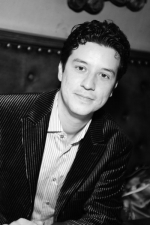 Alexis Varouxakis recently produced DARK HEARTS (2012), staring Sonja Kinski, Kyle Schmid, Lucas Till, Rachel Blanchard and Goran Visnjic. He also produced OPA (2009), starring Matthew Modine and Richard Griffiths, and set up the financial structure of the Greek-Spanish co-production EL GRECO (2007). His next project is SO WHAT, a film set in the jazz world of 1950’s New Orleans. Theo Angelopoulos was Varouxakis’s mentor during the beginning of his film-producing career.

Winner of the Cannes Grand Prize, ETERNITY AND A DAY is a grandly ambitious and deeply personal testament by Theo Angelopoulos. The title refers to the last day in the life of Alexandre, a famous poet facing eternity as he prepares to enter the hospital with a terminal disease. Alexandre wanders through the port city of Thessaloniki, haunted by visions of his past.
But he is drawn back to the present by one last adventure: his chance encounter with an Albanian refugee boy, whom he impulsively rescues, first from a police roundup, then from a kidnapping ring. Weaving through memory, imagination, history, and vignettes of ordinary life, the film is a meditation on mortality and on the artist’s self-imposed isolation. While it continues the intimate focus of Angelopoulos’s later work, it also deftly integrates the Balkan conflict, and, more broadly, the identity crisis of post-Cold War Europe, marked by dissolving borders and expanding rootlessness.

* Due to unexpected circumstances, Fred Linch had to cancel his presentation, and Dr. Katerina Zacharia kindly agreed to step in and make a presentation in tribute to Theo Angelopoulos, as well as to moderate a discussion with Stratos Tzortzoglou and Alexis Varouxakis.