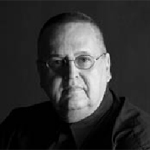 As an instructor of film and an excellent film historian, Fred Linch (Chairman of the Jury) has served as a jury member at numerous international film festivals. He is the former President of the Palm Springs International Film Festival’s Board of Directors, the former Executive Director of the Jewish Film Festival in Scottsdale, Arizona, and served as President of the Jury at the Vladistok Film Festival in Russia. He continues to teach film studies at Arizona State University and its OSHER program. Linch refers to his classes dealing with films as “intellectual exercise programs.” Currently, he is conducting a film course about Theo Angelopoulos, part of which will be presented at LAGFF’s Theo Angelopoulos Tribute. 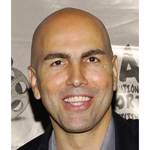 Robert Arentz founded the Los Angeles International Short Film Festival (LA Shorts Fest) in 1997, which is officially recognized by the Academy of Motion Picture Arts and Sciences. Forty-one of the films shown at LA Shorts Fest have received Oscar nominations, and 12 of those have won an Oscar in the short film category. In 2011, Arentz founded NXT STAGE Hollywood International Advertising Awards, the first advertising awards in Hollywood, with a focus on the intersection between advertising and entertainment. This year, Arentz founded the inaugural New York International Short Film Festival (NY Shorts Fest). He currently functions as Producer and Executive Director of all of the above events. 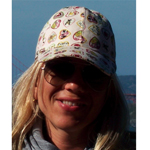 Klara Beverly is the owner of the theatrical distribution company ATLANTIS Entertainment CZ, specializing in releasing European films and world art house films since 1996. The company operates on three territories in Europe – Czech Republic, Slovak Republic and Hungary – and has released over 100 films. She has produced several independent features, including LA VIDA DE LOS PECES (2010) and ROOM IN ROME (2009). In addition, Beverly is an official industry consultant of the European Cultural Fund in Brussels since 2002.

Andrew P. Crane is the Special Project Programmer and Membership Manager for the American Cinematheque in Los Angeles. He has been on numerous panels at the Los Angeles Film Festival, Outfest, Screamfest, L.A. Intensive/American Pavilion, and the Directors Guild of America, to name a few, and served as a jury member on several international film festivals, including Palm Springs International Short Film Festival, HBO Comedy Film Festival, Middle East International Film Festival in Abu Dhabi, COLCOA (City of Lights/City of Angels), and more. In addition, Crane has had extensive experience as a moderator of conversations with filmmakers such as Paul Williams, Stanley Rubin, Miranda July, Matthieu Kassowitz, Agnes Varda, Shirley Jones, Karen Black, Lisa Gerrard and other actors and directors. 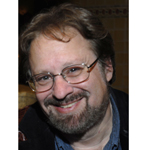 Marc Halperin has worked for both major studios and independent distributors, managing the national releases of numerous landmark films that have garnered 13 Oscars and 48 nominations. He has released Giuseppe Tonotori’s CINEMA PARADISO (1988), Stephen Soderbergh’s SEX, LIES & VIDEOTAPE (1989), Jim Sheridan’s MY LEFT FOOT (1989), Quentin Tarantino’s RESERVOIR DOGS (1992), Scott Hicks’s SHINE (1996), and Nigel Cole’s SAVING GRACE (2000). In 1989, Halperin joined Miramax Films as Senior Vice President General Sales Manager and was responsible for the distribution of every Miramax release until 1994, when he joined Fine Line Features as Senior Vice President General Sales Manager. In 2001 Halperin formed Magic Lamp Releasing to bring the same quality of distribution to independent producers, and since 2003 he has been involved in the production of independent features.