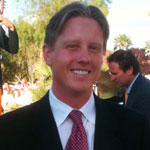 Alessandro Ago is the Director of Programming and Special Projects at the University of Southern California (USC) School of Cinematic Arts, where he hosts film screenings and Q&As, film festivals, guest speaker engagements and special events. Ago curates Outside the Box [Office], a screening series dedicated to bringing the best contemporary international, documentary and independent cinema to USC. He recently produced festivals celebrating the work of John Wayne and Roger Corman, as well as world cinema showcases focusing on Japan, Italy, Bollywood and the Middle East. 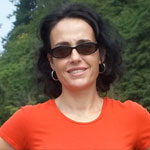 Anikó Imre is an Associate Professor of Critical Studies at University of Southern California (USC) School of Cinematic Arts. Her main interests are global media and cultural studies. Her published and forthcoming books include Identity Games: Globalization and the Transformation of Media Cultures in the New Europe; East European Cinemas; Transnational Feminism in Film and Media; The Blackwell Companion to East European Cinemas and Popular Television in Eastern and Southern Europe. She co-edits the Palgrave book series Global Cinemas. 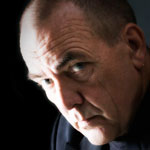 Johnny E. Jensen, ASC, is a director of photography who has worked in the motion picture industry for over forty years. In 1991, he did the cinematography for RAMBLING ROSE, which received Oscar nominations for Laura Dern and Diane Ladd and an Independent Spirit Award nomination for best cinematography. He was nominated for Emmy and ASC awards for AN AMERICAN STORY and INTO THE BADLANDS (1991). GRUMPY OLD MEN (1993), LOST IN YONKERS (1993), ROSEWOOD (1997) and THE GAMES OF THEIR LIVES (2005) are among his other works. Jensen has also worked as a director of films for television, such as the award-winning THE DITCHDIGGER’S DAUGHTERS (1997). He presently works in both features and television. (Photograph by Owen Roizman, ASC) 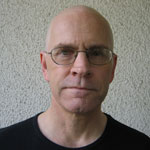 Robert Koehler is a film critic and festival programmer. He served as an instructor and programmer for UCLA Extension’s Sneak Preview program from 2003-2007. In 2003, he developed the innovative film program, “The Films That Got Away,” an ongoing series presenting significant recent work that has previously not screened in Los Angeles. In 2009, Koehler was appointed director of programming at AFI Fest Los Angeles. He is a founding member in the festival consultancy firm, Festworks. Koehler was a theater critic for the LA Weekly and Los Angeles Times during the 1980s and 1990s. He has been a contributor to Variety since 1994. As a published film critic, he has written for numerous publications including Variety, Cahiers du Cinema and Die Tagezeitung. He is a member of the Los Angeles Film Critics Association and FIPRESCI, the International Federation of Film Critics. He has served on festival juries in Cannes, Berlin, Vancouver, Buenos Aires, Mexico City, Palm Springs, Bermuda and Miami. 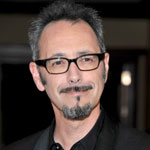 In the last decade, Lev L. Spiro has directed multiple one-hour drama and half-hour comedy pilots and episodes for both network and cable television. Episodic television work includes numerous episodes of the acclaimed series Weeds, Arrested Development, Ugly Betty, Everybody Hates Chris, The O.C., Gilmore Girls, and many more. Original television pilots include Do Over and the drama Summerland for the WB network, and most recently Jane By Design for ABC Family. In 2008, Spiro directed the action/comedy feature MINUTEMEN, which was nominated by the Director’s Guild for Outstanding Directorial Achievement in Children’s Programs. The following year he directed the film WIZARDS OF WAVERLY PLACE: THE MOVIE, which won the Emmy Award for Outstanding Children’s Program.