The age of global interconnectedness is shaping the ways films are made, distributed and exhibited in the US and abroad, while the dividing lines between foreign films, independent productions and Hollywood studio films are beginning to blur. For the first time in the history of American cinema, Hollywood studios have set up international offices to facilitate local productions filmed in the local language. Similarly, foreign films may be facing a newly kindled interest in the US. While still marginal players in the US distribution and exhibition domains, foreign films may have a growing effect on both studio and independent domestic filmmaking. This panel addresses questions on the future potential of foreign films in the broader international market. 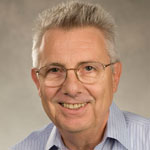 Peter Caranicas (Moderator) is Deputy Editor of Variety, with responsibility of the paper’s weekly edition as well as its features department, which publishes over 200 special sections annually. He also writes Variety’s Inside Production column, which appears every Tuesday, and Variety’s Inside Production online newsletter. Previously Caranicas was editor of Below the Line, Shoot, Film&Video and other industry publications. He is a frequent guest at industry panels and has freelanced for such outlets as TVNewsCheck, World Screen, and the New York Times Encyclopedia of Television. 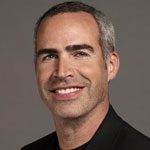 Advertising executive Scott Edwards has over 13 years of experience in the motion picture marketing industry. Currently, he is Senior Producer at AV Squad in Sherman Oaks. Recent work includes trailers for CAPTAIN AMERICA, APOLLO 18, THE KING’S SPEECH, among others, as well as TV campaigns for FAST FIVE, HANNA, SCREAM 4, and THOR. Prior to his work with AV Squad, he served as Vice President of Creative Advertising at New Line Cinema. 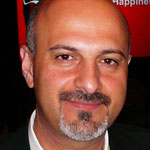 Dionisis Samiotis’ filmography as a producer includes over 25 feature films, most of them critically acclaimed and in the top 10 in the Greek box office including LAGFF’s Closing Night presentation BURNING HEADS (2011), A TOUCH OF SPICE (Politiki Kouzina) (2003), BEWARE OF GREEKS (2000) FROM THE EDGE OF THE (1998), BALKANISATEUR (1997). He has also served as associate producer in Costa Gavras’ film EDEN IS WEST (2008) and co-producer in a number of international co-productions. 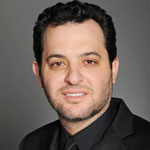 David Spitz is the Executive Vice President of Theatrical Distribution at Lionsgate Films, the leading independent film entertainment studio. A 20-year industry veteran, Spitz began his career as a film buyer for Mann Theatres. Drawing on his background in exhibition, he now oversees the formulation and implementation of distribution strategy for all Lionsgate features. He was closely involved in the release of such diverse critical and box office hits as THE BLAIR WITCH PROJECT, FAHRENHEIT 9/11, 3:10 TO YUMA, and the Academy Award-winning CRASH. More recently, he has also supervised the distribution of the SAW and Tyler Perry franchises. 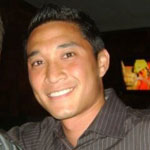 Peter Trinh started his career in the entertainment business working at The Burstein Company, an artist management company, and then moved to TV production at G4 TV, the channel devoted to video games. From there, Trinh was accepted into the agent trainee program at International Creative Management (ICM). Today, Trinh works in ICM’s International and Independent Film division helping to arrange distribution deals for independent films. 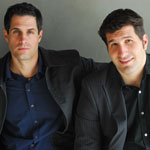 Charley and Vlas Parlapanides currently have projects set up at Universal Pictures, Warner Brothers, Columbia Pictures, Paramount Pictures and Mandate Pictures. They have been working professionally as writers for nearly half a decade. IMMORTALS is their first produced studio credit and will be released this fall (11.11.11) by Universal/Relativity Media. They previously wrote, directed and produced the indie comedy EVERYTHING FOR A REASON, which premiered at the AFI International Film Festival and was acquired for distribution by The Shooting Gallery (SLING BLADE, YOU CAN COUNT ON ME).