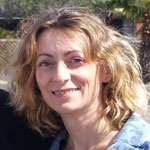 After graduating from one the most famous film schools in Paris (Ecole Superieure d’Etudes Cinematographiques), Chantal Chauzy started a career in film production in France. In 2003, she moved to Los Angeles to attend the University of California Los Angeles (UCLA) Producers Program, with the goal to shift to film distribution and bring more European films to American audiences. For the past five years, Chauzy has been working as director of acquisitions and homevideo operations for one of the leading independent film distribution companies, Strand Releasing. In addition to running the company’s homevideo operations on a daily basis, she attends domestic and international film festivals year-round to search for and acquire films. Chauzy has a Master’s Degree in Film and a Bachelor’s Degree in English from the Sorbonne University in Paris. 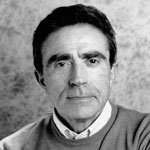 Michael Economou was born and raised in Athens, Greece. After he graduated from the University of California Los Angeles (UCLA) with a degree in Film, he decided to stay in Los Angeles. He is a member of the Writers Guild, Producers Guild, Film Editors Guild, and the Academy of Motion Pictures Arts and Sciences, where he is a judge in the annual International Screenplay Competition, a member of the Foreign Films Nominating Committee, and on the Executive Committee for Foreign Student Films. Economou also teaches at the University of Southern California (USC) School of Cinema, Masters Division, and conducts writing seminars and workshops around the world. Among other awards, he won an Emmy, and an Oscar nomination for the feature length documentary OFF THE EDGE (1976), which he wrote, co-produced and edited. In his various capacities, he has worked with George Roy Hill, Alan Alda, Jeremy Kagan, Glenda Jackson, Sophia Loren, and Tommy Lee Jones. 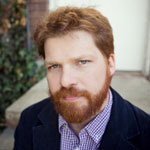 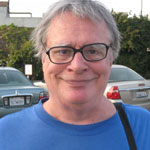 Bill Krohn has been the Los Angeles correspondent for the prestigious French magazine Cahiers du Cinema since 1978. In 1994, he co-directed, co-produced and co-wrote IT’S ALL TRUE: BASED ON AN UNFINISHED FILM BY ORSON WELLS for Paramount Pictures and Films Balenciaga in Paris. He is the author of the Hitchcock au Travail monograph (Hitchcock at Work, Cahiers du Cinema/Phaidon) as well as a monograph for Stanley Kubrick for Cahiers du Cinema/Le Monde, and Luis Bunuel: Chimera (Taschen Books). He also edited Joe Dante et les Gremlins de Hollywood (Locarno/Chaiers du Cinema). He reviews films for The Economist and is completing Serial Killers Dreams for Reaktion Books, London. 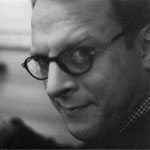 Gary Mairs co-chairs the graduate program in Film Directing at the California Institute of the Arts, where he also serves as Associate Dean of the School of Film/Video and teaches film history, editing and seminars on realist style and western genre. He served as creative consultant for THE CUTTING EDGE: THE MAGIC OF MOVIE EDITING (2004) and edited WAKING DREAMS, an independent feature directed by Deepika Daggabuti which premiered at the 2009 Dances with Films Festival. His film THE HEMINGWAY NIGHT premiered at the 2010 Palm Springs International Shortsfest. He wrote Charged Symmetry: The Landscape Films of James Benning for the Argos Festival 2005 and contributes criticism to The High Hat (www.thehighhat.com), an online cultural journal.