In addition to showcasing Greek films and culture, the Los Angeles Greek Film Festival works to expose our visiting filmmakers to the entertainment business. Our special panel series and popular One-on-One Program offer participants – both seasoned veterans and first time filmmakers – the invaluable opportunity to interact with working industry players in an intimate setting.

“For me the festival was key to exposing my screenplay to the industry — to those who could actually make things happen. I will always be grateful for that opportunity.”
Nicholas Profere, Screenwriter

“LAGFF is fresh and knowledgeable…A great experience for filmmakers, I met some beautiful people and some very helpful business people!”
Dimitris Athiridis, director of T FOR TROUBLE and THE SELF-ADMIRATION SOCIETY, Documentary Orpheus Award winner.

Some past Special Panels sponsored by the festival have included: 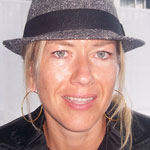 Klara Beverly is an independent producer, industry consultant at the European Cultural Fund since 2002, and the owner of Atlantis Entertainment based in the Czech Republic, specializing in releasing European and art house films. Beverly co-produced ROOM IN ROME (2010) by Julio Medem (Spain) and LA VIDA DE LOS PECES by Matias Bize (Chile). 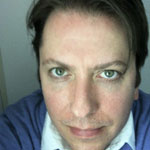 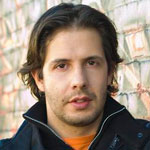 Terry Dougas produced his first movie, THE MESMERIST, at the age of 23. The film, with Barbara De Fina as executive producer (Martin Scorsese’s producing partner during the 1980s and 1990s), and Neil Patrick Harris and Jessica Capshaw starring, was released in the United States in 2002 and distributed worldwide soon. Terry’s close relationship with De Fina continued as, together, they produced BRIDES (2004) by renowned Greek director Pantelis Voulgaris, with Martin Scorsese as executive producer. Recent credits include SWING VOTE (2008) with Kevin Costner, VERONIKA DECIDES TO DIE (2009) with Sarah Michelle Gellar, THE INVENTION OF LYING (2009) with Ricky Gervais, and THE BOX with Cameron Diaz. 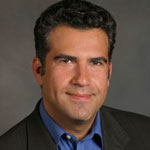 John D. Eraklis, Founder & CEO of Exodus Film Group, formed the independent finance, development and production company based in Venice Beach, California in 2001. The company develops and produces a wide range of projects in both animation and live action for all media. A pioneer in the animation field, the company released its first feature-length animated film, IGOR, in September 2008 in the US, with international releases in the last two years. Current projects include THE HERO OF COLOR CITY, BUNYAN & BABE and BELLS FROM EVEREST. 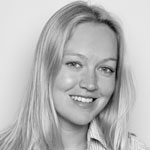 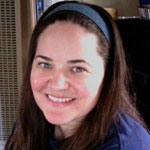 Barbara Johns’ screenplay, STARSTRUCK, premiered on Disney Channel in February 2010. She worked as a staff writer on the ABC drama EASTWICK in 2009. In earlier years, Johns had several other feature scripts optioned. Barbara is noted screenwriter and an MFA graduate of The American Film Institute. 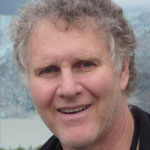 Kevin Koloff has been an entertainment lawyer for over 25 years, working at law firms, independent production/distribution companies, and Paramount Pictures, where he spent 12 years as a Senior Vice President. In his current practice, established in 2003, Koloff represents a diverse clientele (directors, writers, actors, producers) as well as studios, record labels, production companies and even professional athletes. He has lectured at law schools including UCLA, USC, and Loyola Marymount, and served on the Board of the California Copyright Conference. 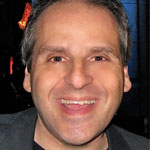 Gideon Lockspeiser, studio executive, has worked at Paramount Pictures for 22 years. He is the Director of Motion Picture Delivery for Paramount Pictures Corporation, overseeing theatrical co-finance, acquisition and distribution delivery for the studio, and has worked on more than 160 films. Lockspeiser is also a voting member of the British Academy of Film and Television Arts. 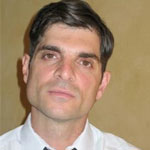 George Vitetzakis (Zakk), producer, is Founder, President, and Creative Director of An Olive Branch Productions, Inc., which recently wrapped production on CASINO JACK starring Kevin Spacey. Earlier, Zakk helped build and establish One Race Films as President of the company (1996-2005), and produced actor Vin Diesel’s films in collaboration with Revolution/Sony Studios. During that time, Zakk alsoproduced STRAYS (1997), was instrumental on the films PITCH BLACK (2000), THE IRON GIANT (1999), THE FAST AND THE FURIOUS (2001), and served as Executive Producer on XXX (2002), THE PACIFIER (2005), and THE CHRONICLES OF RIDDICK (2004). He served as producer on FIND ME GUILTY in 2006, directed by Lifetime Achievement Academy Award winner Sydney Lumet