Producer of AGITPROP, Bulgaria. Her high-end author-driven films have been selected and awarded at Cannes, Berlin, IDFA, Toronto, Sundance, Tribeca, Pusan and many others, and broadcast all over the world. Among her films are: Touch Me Not (Golden Bear Winner, Berlinale, 2018), Palace for the People – film (Dok Leipzig, Dok Buster Award) and four-part TV docu series for ARTE, aired on BBC, ARTE, MDR, NHK, SVT etc.; Exemplary Behaviour (Dok Leipzig, Golden Dove 2019), Georgi and the Butterflies (Silver Wolf, IDFA), The Mosquito Problem and other stories (Cannes), Corridor #8 (Berlinale), Omellette (Sundance), The Boy Who Was a King (Toronto), Dad Made Dirty Movies (sold to more than 30 territories). Producer of successful factual TV series for National Geographic and HBO. Producer of Father’s Day high-end drama series for Bulgarian National Television. Producer of The Cars We Drove into Capitalism (release 2021). 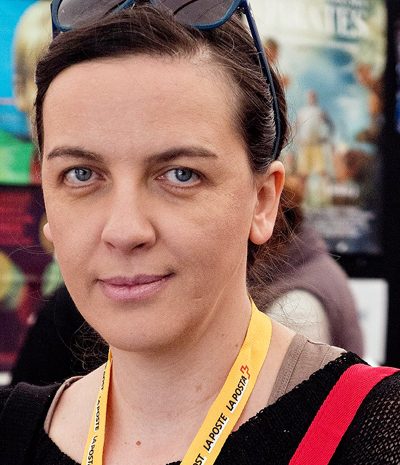 Yule Caise is an award winning Writer, Director and Producer of Film, Television and New Media. He is currently engaged as the writer of a limited series about James Baldwin in Paris for UK-based Impact X Studios. Recently he was a Writer-Producer on BET’s “Tales,” a scripted Hip Hop anthology series. Previously, Caise participated in the WGA West TV Writers Access Project, and was the overall winner of the Fox Writers Intensive, earning him a development deal at FX Networks, in conjunction with Fox Broadcasting Co and 20th Century Fox Television. He is also a Film Independent Fellow, having participated in the Screenwriters Lab with his screenplay Snail Trails, about growing up in the shadow of the Black Panther Party.

His prior work and contributions to the NBC hit television show HEROES won an Emmy Award for Interactive Media Programming for The Heroes Digital Experience.  Caise also wrote and directed the show’s first live action web series, Heroes: Going Postal.  As writer and director, his award-winning short films Shoes and Boys’ Night Out have played festivals worldwide.  Other writing credits include Showtime’s Free Of Eden starring Sidney Poitier and the award-winning film Way Past Cool, Executive Produced by Milos Forman and Norman Lear.

Born and raised in Berkeley, California, Caise graduated from Harvard College and earned his MFA from UCLA’s School of Theater Film and Television. 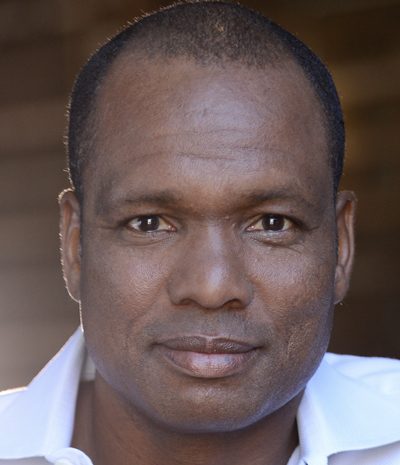 Colin Campbell is a writer and director for theater and film. He was nominated for an Academy Award for his short film, Seraglio. Seraglio also won Deauville’s Grand Prix and ran on HBO. His thriller short film, Girl At The Door, played at numerous festivals, (“Brilliant”– Dread Central, and “excellent escalating sense of unease…Campbell shows real flair”– Brutal As Hell), and was nominated for a Fright Meter Ward. He directed the feature film Guido, starring Billy Zane, Armand Assante, Gary Busey and Lupe Ontiveros, which premiered on FilmOn.com. His production of The Ballad of Ricardo Flores Magon at the Ford Theater and his production of Variedades on Olvera Street were both broadcast on KCET TV. His production of his play, Golden Prospects was nominated for five LA Weekly awards and was Critic’s Pick in TimeOut NY and LA Times.  His webseries, Dealbreakers, is on Amazon Prime. His thriller screenplay, Harrow Lake was in Film Independent’s Screenwriters Lab, and optioned by Paranormal Media.  His thriller, The Hive, is currently optioned by Dean Goodhill. Colin regularly writes and directs for Instant Films, winning Best Writer, Best Director and numerous Best Film Awards. He has taught Theater and/or Filmmaking at Chapman University, Loyola Marymount University, Cal Poly Pomona University, Relativity Education, and to incarcerated youth through The Unusual Suspects. He is currently developing a solo performance piece entitled Grief: A One Man ShitShow. 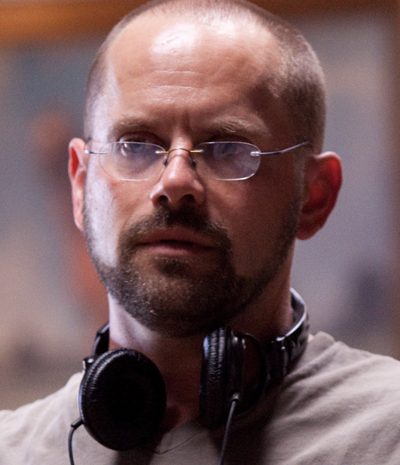 KHAVN has written 15 books, composed 40 albums, and directed 203 films — 52 features and 151 short films. Among his films are Mondomanila: How I Fixed My Hair After A Rather Long Journey, Alipato: The Very Brief Life Of An Ember, and Ruined Heart: Another Lovestory Between A Criminal & A Whore, starring Tadanobu Asano and shot by Christopher Doyle. 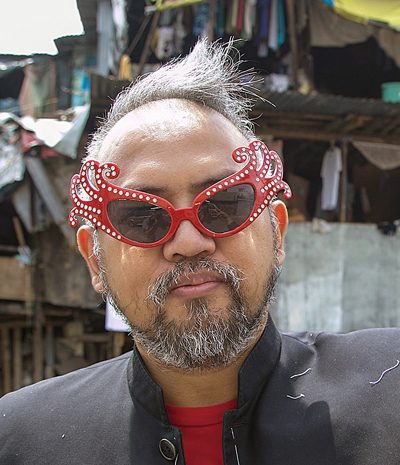 Matt Kaszanek is currently the Managing Director of the Animation Is Film Festival in Los Angeles and the VP of Distribution for Glass Half Full Media. Prior to both, he was a programmer and film buyer at Lincoln Center. He’s worked at the New York Film Festival, New Directors New Films, AFI Fest, and the Chicago International Children’s Film Festival. He was also a distributor at Indomina Releasing and Glass Half Full. He resides year-round in Chicago. 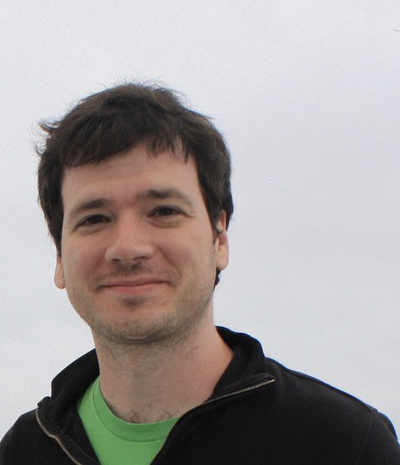 Born and raised in Germany, Kirsten came to California to work for DreamWorks Animation in 1996. She was the visual stylist for the The Road to El Dorado and worked as a visual development artist on numerous movies including the How to train your Dragon sequel, Trolls, Puss in Boots, the Bee Movie and Croods. She is working currently as an art director and teaches at the ArtCenter College of Design. 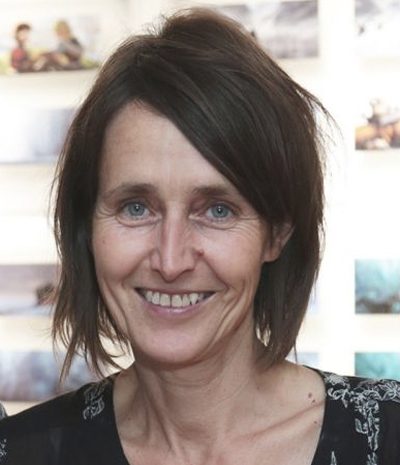 Robert Koehler is a film critic and programmer. His film criticism can be read at Film Comment magazine, filmcomment.com, Cinema Scope magazine, cinema-scope.com, Cineaste magazine, Indie Wire, Sight & Sound and Filmjourney.org. His blog column analyzing film festivals can be read at Filmlinc.com, the website of the Film Society of Lincoln Center, where he has served as director of cinematheque programming. His film criticism has previously appeared in Variety, The Christian Science Monitor, Cahiers du Cinema (France and Spain) and Die Tagezeitung. He served as an instructor and programmer for UCLA Extension’s Sneak Preview program from 2003-2007. In 2003, he developed the successful, innovative film program, “The Films That Got Away,” an ongoing series presenting significant recent work that has previously not screened in Los Angeles. Institutions with which the series has collaborated include UCLA Film Archive, the American Cinematheque and the Los Angeles Film Festival. In 2009, he was appointed director of programming at AFI Fest Los Angeles, where he helped create a new and focused competition section titled “New Lights,” as part of AFI Fest’s programming concept as a festival-of-festivals. 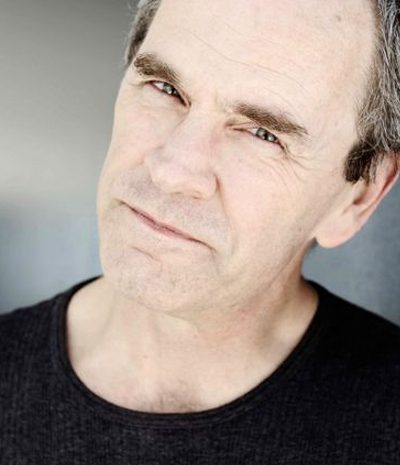 Akis Konstantakopoulos, GSC is an award-winning cinematographer who has lensed more than 20 feature films and over 100 scripted/unscripted projects, spanning 20 states, 8 countries and 30 cities. A graduate of Harvard University and the American Film Institute (AFI), Akis commenced his career serving as a 2nd Unit DP for Oscar nominated cinematographer, Phedon Papamichael, ASC. He is an active member of the International Cinematographer’s Guild and the Greek Society of Cinematographers (GSC).

In addition, Akis has photographed international commercials, promos and music videos for some of the biggest artists and brands. His clients include: Cher, The Lumineers, Paul Mitchell, Samsung, New Balance, National Bank of Greece, FX, HBO.

He’s currently in pre-production on: “Light Falls”, an indie thriller shooting in Greece directed by Phedon Papamichael, ASC and on a Lionsgate production, “Jesus Revolution”, a 1960’s period film based on real events.
Website: www.akisdp.com 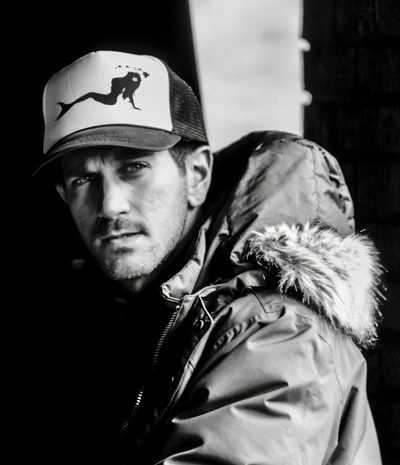 Konstantia Kontaxis is a filmmaker, film curator and film educator. Her film work focuses on art, public art and the creative process. She is particularly interested in socially relevant media production, the effects of art in public discourse and the impact of art in education. Her films have screened at festivals, museums and galleries around the world including Rome, Venice (Art Biennale), New York (Tribeca Film Festival), Montreal (Art Fifa), Paris, Athens, Ankara, Lleida, Taipei, Miami (Miami Film Festival, Art Basel). She has received honors at the Moondance Film Festival, Cleveland Film festival, Yorkton Film Festival, UFVA, Park City Film Music Festival among others. She is also the recipient of two regional Emmys (Florida and Michigan). She serves as a film curator and media consultant for the Miami-Dade College Museum of Art and Design, the Herrick Center for Motion Pictures Studies and the Cosford Cinema. She holds an associate professor position with the Department of Cinematic Arts at the University of Miami. 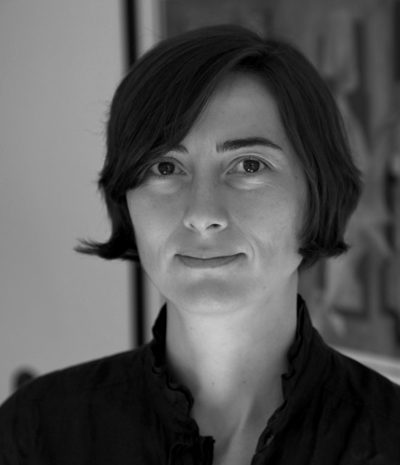 Sherman is a filmmaker, photographer and visual artist. His practice has always centered on the human condition and our relationships with others within the larger milieu.

In 2009, he was invited to participate in the Singapore Pavilion in the Venice Biennale which garnered a Special Mention. He is nominated for the APB-Singapore Art Museum Signature Art Prize for 2011. He collaborated on the Little Sun project headed by Olafur Eliasson which premiered at the Tate Modern London in 2012. His works are in the collections of the Fukuoka Asian Art Museum, Singapore Art Museum and the Seoul Art Centre Korea.

In 2016, he was one of the Top 30 Finalists of the Sovereign Asian Art Award, and participated in the Yin Chuan Biennale, China. He was part of SUNSHOWER: Contemporary Art from Southeast Asia (1980s to Now) co-organized by the National Art Center, Tokyo, the Mori Art Museum, and the Japan Foundation Asia Center in Tokyo, Japan, and the inaugural Bangkok Art Biennale, Thailand: Beyond Bliss 2018 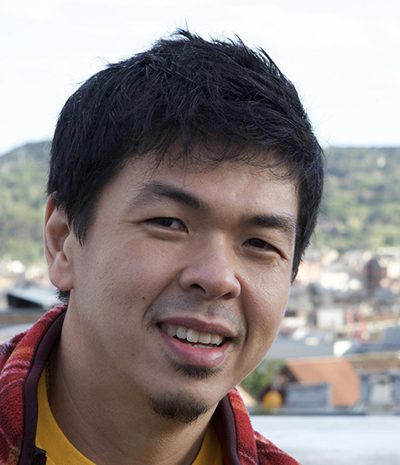 Vasilios Papaioannu is a filmmaker, photographer and mixed media artist currently based in Washington, DC. In his work Papaioannu explores the fleeting dreamscapes of reality using noise, movement and disturbance. He hybridizes different modes of filmmaking, unifying variegated media, primarily 16mm film, digital video and archival footage. His works have been shown in various venues around the world, such as Crossroads at SFMOMA, Anthology Film Archives, EXiS, Cork Film Festival, FILMADRID, IBAFF, Montreal Underground Film Festival, Athens Digital Arts Festival, CICA Museum and Sharjah Film Platform. Papaioannu holds an MA in Communication, Text Semiotics and Cinema from the University of Siena in Italy and an MFA in Film and Cinematography from Syracuse University in New York. He is currently an Assistant Professor at the Cathy Hughes School of Communications, Department of Media, Journalism, and Film at Howard University. 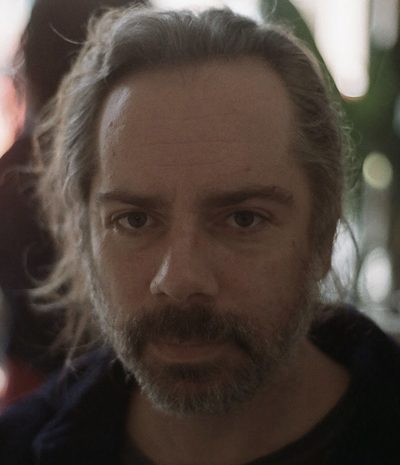 Nassos Vakalis is an EMMY award winner animation director, animator, and storyboard artist. He was born and raised in Athens, Greece, and studied animation at the California Institute of the Arts in the USA. He worked as an animator, animation supervisor, and storyboard artist for many Animation Studios such as DreamWorks Animation, Warner Bros, Paramount, and Sullivan-Bluth and Illumination. Also, Nassos has been the main pre-production and storyboard artist for the popular ESPN channel series “Off Mikes” for which he received an EMMY award in 2006 and an EMMY nomination the following year. Nassos also wrote and directed 130 episodes of the popular Internet animated series “Crime Time” which reached 25 million views worldwide. In the Greek entertainment business, he is known as the co-founder and co-owner of the company Time-Lapse Pictures through which he produced two Animated Television Specials, and other animated projects in collaboration with Paramount Pictures. His work was also nominated for an ANNIE award for individual achievement in storyboarding as well as the Méliès silver award for fantastic cinema. His latest short film “Dinner for Few” received 78 international awards and qualified for the 2015 Oscars competition. 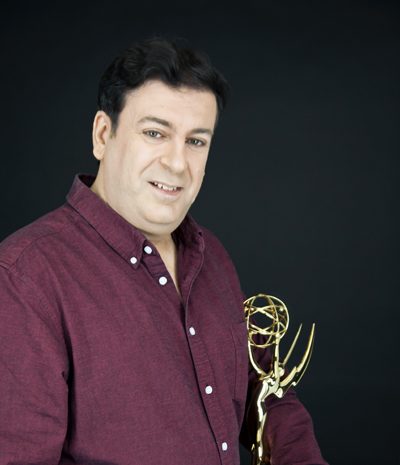