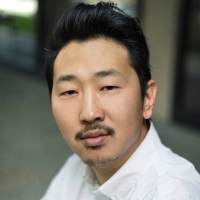 Andrew Ahn (ONE ON ONE MEETINGS) is a queer Korean-American filmmaker. His feature film SPA NIGHT premiered at the 2016 Sundance Film Festival where actor Joe Seo won a Special Jury Award for Breakthrough Performance. The film also won the John Cassavetes Independent Spirit Award in 2017. Ahn workshopped SPA NIGHT in the Sundance Screenwriters Lab, the Film Independent Screenwriting Lab, and the Film Independent Directing Lab. Ahn recently directed the first season of the Sundance Now show THIS CLOSE from creators Shoshannah Stern and Josh Feldman. He graduated from Brown University and received an MFA from the California Institute of the Arts (CalArts). 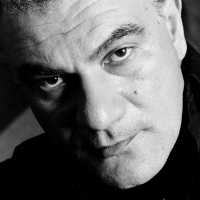 Tassos Boulmetis (DIRECTOR’S SPOTLIGHT) studied Physics in Greece and Film Production and Direction in UCLA. He directed TV, and in 1990 he wrote, directed and co-produced the film DREAM FACTORY that obtained 8 awards in Greece and the Golden Award of Fantasy Movies in the Houston FF. A TOUCH OF SPICE which he wrote, directed and co-produced, became a big hit in Greece with over 1,600,000 tickets sold and distributed in 45 countries, and was awarded with 8 Awards of Excellence in Greece. His third feature was MYTHOPATHY. He is a member of the European Film Academy. 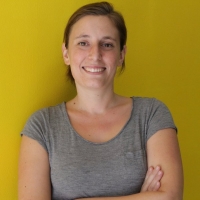 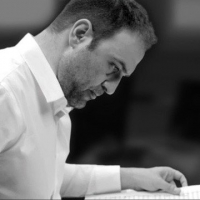 Kostas Christides (FILM MUSIC PANEL) was born in Thessaloniki, Greece. After completing his musical studies in London, Kostas moved to Los Angeles where he worked as a composer and an orchestrator. His list of credits include among others, compositions for the films, BAYTOWN OUTLAWS (Lions Gate), DARK RIDE (Lions Gate), LOVE HAPPENS (Universal), WHAT IF… (Village roadshow) and orchestrations for SPIDERMAN 3, THE HURRICANE, WONDER BOYS, SWORDFISH, THE SHIPPING NEWS, THE CORE, THE EXORCISM OF EMILY ROSE, PRIEST, etc. Last fall he completed the score for the “come back” of an all time American classic dog movie BENJI, produced by Blumhouse Productions and Netflix. 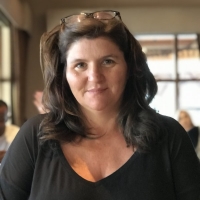 Gwen Deglise Moore (JURY) has been with the American Cinematheque for over two decades, first as a volunteer and now as head of film programming. She organizes retrospective tributes, premieres and film series at the Egyptian and Aero Theatres. She curates most of the foreign film showcases. She strongly believes in the mission of bringing audiences, films and filmmakers together in a theatrical setting to connect with each other. She studied philosophy and art history at La Sorbonne and University Paris 8, France. 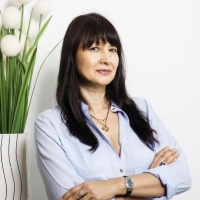 Tatiana Detlofson (JURY) is a Public Relations executive known for her expertise in foreign cinema and international film and festival promotion. Her company MEDIAPLAN PR specializes in Oscar and Golden Globe campaigns in Los Angeles, film festival strategy, and US distribution of foreign, animated, documentary films and shorts. Tatiana is a representative of Karlovy Vary and Locarno International Film Festivals and she heads the European Film Promotion Oscar screenings in LA. Oscar nominations include MY LIFE AS A ZUCCHINI, EMBRACE OF THE SERPENT, TANGERINES, THE BROKEN CIRCLE BREAKDOWN, KON-TIKI, and BULLHEAD. She is an executive producer of Vaclav Marhoul’s THE PAINTED BIRD (2018). 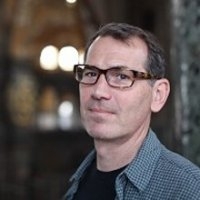 Paul Federbush (ONE ON ONE MEETINGS) joined the Sundance Institute in 2013 with 17 years experience as an acquisitions and distribution executive, spanning both the independent and studio film communities. Federbush worked hands-on with exhibitors and media outlets to market and distribute nine independent documentary and feature films while partnered in distribution company Red Flag Releasing, as well as serving as Senior Vice President of Production and Acquisitions at Warner Bros’ specialized division, Warner Independent Pictures (WIP). 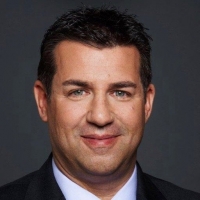 Gene George (ONE ON ONE MEETINGS) is Executive Vice President, Worldwide Distribution, for Lionsgate, overseeing international sales and distribution for the company, including forging partnerships with international broadcasters and expanding the company’s distribution to new markets around the globe. Formerly in the same role at STARZ for over 9 years, George has been responsible for the licensing of many premium series including BLACK SAILS, SPARTACUS, POWER, and ASH VS EVIL DEAD. George also acquires content for global distribution for Lionsgate, and recently acquired the BBC event mini-series LITTLE WOMEN for international licensing. George is a long-time member of the Independent Film and Television Alliance (IFTA) and has served more than 12 years on its Board of Directors. George is currently Chairman of IFTA’s Television Committee and a member of its Export Alliance. George is a prominent figure at virtually all domestic and international TV and film sales markets, including MIPTV and MIPCOM, NATPE and the AFM and is a regular speaker on industry panels. George was named CableFAX Sales Executive of the Year in 2011 and was featured in Success Magazine in October 2012. A New York native, George lives in Southern California with his wife and four children. 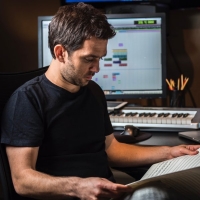 Alexis Grapsas (FILM MUSIC PANEL) is a Los Angeles based composer whose music can be heard in a wide variety of studio and independent films, as well as top rated television productions. With a background that combines classical training, composition studies, and advanced knowledge of modern music technology, he uses a variety of scoring approaches that involve orchestra recording, acoustic instruments, electronic sounds, synthesis, and music Programming. He is a Berklee College of Music scholarship recipient, film scoring major graduate, and has won various composition and scoring awards. In 2016 he was selected as one of six composer fellows to participate in the Sundance Institute Film Music Program at Skywalker Sound. Alexis has worked on more than 35 films and 200 episodes of television, for such studios as Warner Bros, Sony Pictures, Disney, New Line Cinema and such networks as ABC, FOX, CBS, and AMC among others. 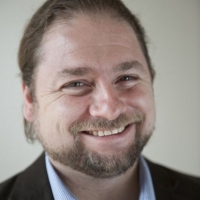 Pavel Jech (SCREENPLAY FEEDBACK) is the chair of the Film Division at Dodge College, Chapman University. From 2008 to 2016 he served as dean of FAMU, the National Film School in Prague, Czech Republic. He is an active screenwriting instructor, working internationally as an expert advisor for workshops such as the Mediterranean Film Institute in Greece, Berlinale Talents, Sundance International Labs and the MIDPOINT Center, which he co-founded and serves as Artistic Director. Pavel has also written numerous scripts produced in Europe and is currently the associate showrunner for the series The Lynch, a coproduction between Czech TV and ARTE. 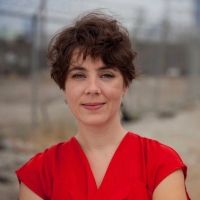 Jana Díaz Juhl (CO-PRODUCTIONS PANEL) is an LA-based Spanish multidisciplinary producer co-founder of LA PANDA, a production company focused on co-productions and international production services. Her features as producer or co-producer include Carlos Marques’ feature films 10,000 KM and ANCHOR AND HOPE, and Julia Solomonoff’s NOBODY IS WATCHING, and have been awarded in multiple international festivals. Díaz Juhl was one of the founders of the traveling documentary Film Festival Ambulante CA, and she is the Director of Operations of the showcase L.A. OLA – Independent films from Spain. She also produces for The Broad and other art organizations. 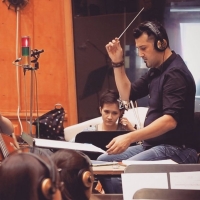 George Kallis (FILM MUSIC PANEL) was born in Cyprus. He has a dual major degree from the Berklee College of Music and a masters degree in composition from The Royal College of Music in London. According to film music critics George is now “one of the most exciting and talented composers to emerge in the film music world in quite some time” (Movie Music UK, December 2017). George was awarded ‘Breakthrough Composer of the Year’ by 70 film music journalists at the IFMCA awards held on February 22, 2018. Other accolades include ‘Best Music and Sound Design’ at the Los Angeles Film Awards for ΤΗΕ BLACK PRINCE (2017) and ‘Best Score Award’ at the Underground Cinema Festival for BLIGHT (2017). He has been nominated twice for an ‘African Academy Movie Award’ for his scores 93 DAYS (2017), starring Danny Glover, and A PLACE IN THE STARS (2015). His latest scores are Walt Disney Pictures’ THE LAST WARRIOR, CLIFFS OF FREEDOM, and ALBION THE ENCHANTED STALLION. 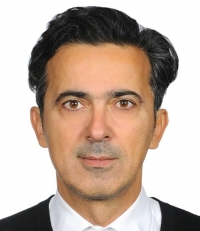 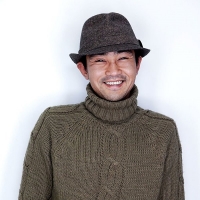 Ki Jin Kim (CO-PRODUCTIONS PANEL) is a Los Angeles-based Korean filmmaker and founding member of Nonetheless Productions. Kim’s most recent feature, COLUMBUS, premiered at Sundance 2017 and went on to gross over one million dollars at the box office, self-distributed through the first Sundance Creative Distribution Fellowship. Kim’s producing work includes the Sundance and Independent Spirit Awards winner SPA NIGHT, as well as award-winning shorts DEER FLOWER and MYRNA THE MONSTER. 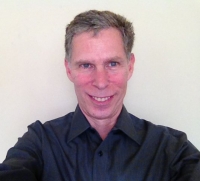 Dan Lupovitz (CO-PRODUCTIONS PANEL) is an independent producer based in both Los Angeles and London. With projects set across Europe, Australia and South Africa, Dan has developed in expertise in international production and co-productions. His credits include the US production, SIMPATICO, starring Jeff Bridges, Nick Nolte, Sharon Stone and Albert Finney, as well as UK productions DEATH DEFYING ACTS, starring Catherine Zeta-Jones and Guy Pearce, GOOD, starring Viggo Mortensen, and HUNKY DORY, starring Minnie Driver. Last year, Dan wrote his first screenplay, a US/UK set story, which is currently under option at Protagonist Pictures. For the last 3 years, Dan has also been an adjunct professor at the USC School of Cinema. 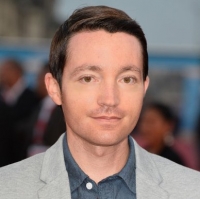 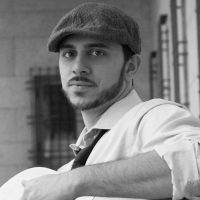 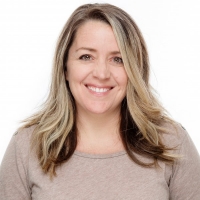 Shari Page (JURY) is the Senior Program Manager for Global Media Makers, an innovative international mentoring initiative by Film Independent and the U.S. Department of State. She recently consulted for Annapurna Pictures (Megan Ellison) to support The Vidiots Foundation writing grants and producing fundraising events that included a virtual reality event in collaboration with Chris Milk (Within). Previously she served as the Outfest Forward Manager creating OutSet: The Young Filmmakers Project in collaboration with The LA LGBT Center, managing the Screenwriting Lab, festival panels and networking events. She also worked for five years in television casting for award-winning casting director, Felicia Fasano, notably on the Golden Globe winning series, CALIFORNICATION for Showtime. Shari holds a Master of Fine Arts in Film from Columbia College Chicago. 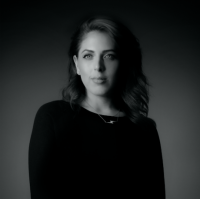 Natalie Qasabian (ONE ON ONE MEETINGS) graduated from USC’s School of Cinematic Arts in 2014. The first short film she produced premiered at Sundance in 2016. Her feature credits include three Duplass Brothers features: most recently DUCK BUTTER directed by Miguel Arteta. She also produced ALL ABOUT NINA starring Mary Elizabeth Winstead and Common, which premiered at Tribeca and was acquired by The Orchard. Recently she produced SEARCHING, a thriller starring John Cho and Debra Messing. SEARCHING premiered at Sundance 2018 and won the Audience award and Alfred P Sloan award. Sony will distribute the film later this year. Natalie is also currently getting an MBA from Pepperdine University. 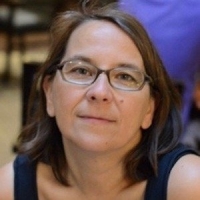 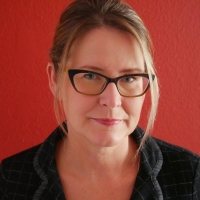 Kelly Thomas (GROUP INTRO) is an independent producer and co-founder of Extraordinary Renditions, a media development and production company. Thomas received a 2017 Film Independent Spirit Award as a producer for Andrew Ahn’s SPA NIGHT a feature that premiered in Dramatic Competition at the 2016 Sundance Film Festival. Thomas has produced seven feature films and has worked with acclaimed directors Rodrigo Garcia, Phedon Papamichael, Robin Swicord, and Brad Silberling. In addition to producing, Thomas teaches at Temple University’s Los Angeles Study-Away Program. She has a PhD in English from the University of Michigan and an MBA from the University of Virginia. 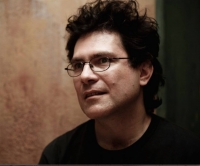 Aldo Velasco (SCREENPLAY FEEDBACK) is a filmmaker born in Guadalajara, Mexico and currently living in Los Angeles. His short films have screened at the Sundance, SXSW, and Los Angeles Film Festivals. His short film INFITD was selected by UCLA Professor Chon Noriega as one of the 100 Best Chicano Films of all time.He is currently preparing to direct his first feature GOD LOVES STU the true story of Stu Rasmussen, the first transgender mayor in history. Aldo was commissioned by ITVS to write and direct two films for its Futurestates series: TENT CITY and EXCARCERATED. 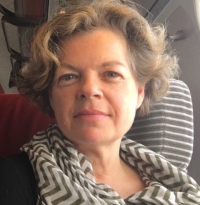 Maja Zimmermann (CO-PRODUCTION PANEL) is a founding partner of Motivo Films, USA and has been producing films in Europe, Los Angeles and most recently in Latin America. She was born and raised in Switzerland and has been a resident of Los Angeles since 1993. She has been part of the producing team of award winning feature films from Colombia, Chile, Mexico and Switzerland that have premiered at many of the most prestigious festivals like: Sundance, Berlin, Cartagena, Cannes, Los Angeles, Locarno and Toronto just to name a few. Most recently Maja started representing international filmmakers to help them navigate the festival world and the L.A. business scene so that they gain momentum for their project and support for their career strategy.