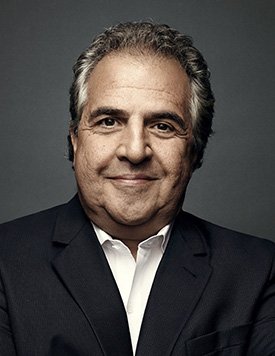 One of the longest-tenured studio chairmen in the film industry, Mr. Gianopulos has been involved in the evolution of new entertainment media and technologies for more than 25 years, and is considered a leading strategist in the industry.

During his tenure at Fox, he has overseen a broad range of successful films, including, most recently, DEADPOOL, THE MARTIAN, THE REVENANT, KINGSMAN: THE SECRET SERVICE, BIRDMAN, 12 YEARS A SLAVE, X-MEN: DAYS OF FUTURE PAST, LIFE OF PI, DAWN OF THE PLANET OF THE APES, THE FAULT IN OUR STARS, THE GRAND BUDAPEST HOTEL, as well as the two highest grossing films of all time, AVATAR and TITANIC, among many others. 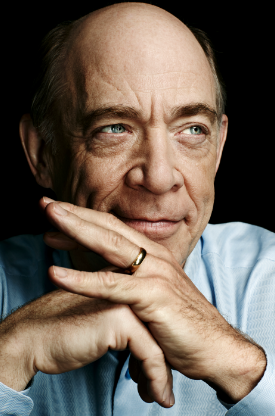 J.K. Simmons has appeared in projects spanning from motion pictures, television and the stage on and off-Broadway. He won the 2015 Academy Award for Best Supporting Actor for his portrayal of merciless jazz instructor in Sony Pictures Classics’ WHIPLASH. His performance in the film also garnered him a Screen Actors Guild Award, Golden Globe, Independent Spirit Award and BAFTA Award, as well as many critics’ group awards around the world. WHIPLASH premiered at the 2014 Sundance Film Festival and won the Dramatic Audience Award and Grand Jury Prize for Best Film.

Most recently, Simmons completed production on THE SNOWMAN, I’M NOT HERE and THE BACHELORS. Simmons is currently in production on PATRIOT’S DAY, which centers on the Boston marathon bombing. This summer, Simmons will begin filming in the iconic JUSTICE LEAGUE.

In October 2016, Simmons will be seen in Gavin O’Connor’s THE ACCOUNTANT also starring Ben Affleck and Anna Kendrick, and in November 2016 he’s also due to be seen in Warner Bros.’ BASTARDS alongside Owen Wilson. Some memorable characters of his include J. Jonah Jameson in Sam Raimi’s SPIDER MAN trilogy and his portrayal of the off-beat but not deadbeat father in the hit comedy, JUNO. On the small screen, Simmons has appeared in the hit series The Closer, Oz, Law & Order, Parks and Recreation, and Men at Work.