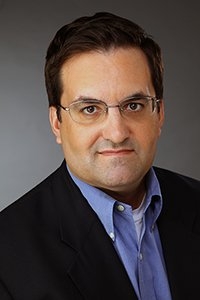 Kary Antholis is president, HBO Miniseries and Cinemax Programming, for Home Box Office, responsible for overseeing the development and production of HBO miniseries and Cinemax original programming. He was named to the Miniseries position in October 2008 and added the Cinemax Programming responsibilities in 2011. Most recently Antholis was program executive on the four-part miniseries Olive Kitteridge, adapted from the Pulitzer Prize-winning novel by Elizabeth Strout; as well as the Cinemax original series The Knick, from director Steven Soderbergh and starring Clive Owen. He also oversaw the Golden Globe® and multiple Emmy®-winning miniseries Mildred Pierce, starring Kate Winslet; the multiple Emmy®-winning miniseries John Adams and Generation Kill; the epic 10-part event The Pacific; and Strike Back, now entering its fourth season, and Banshee from executive producer Alan Ball, now entering its third season, both for Cinemax.

Antholis first joined HBO in 1992 as director, Documentary Programming, where he oversaw the development and production of HBO documentaries and acted as program executive on award-winning documentaries such as Educating Peter, The Broadcast Tapes of Dr. Peter and Gang War: Bangin’ in Little Rock. He left HBO in 1994 to produce and direct the documentary One Survivor Remembers, which debuted on HBO and won an Oscar® and a Primetime Emmy® in 1995. In 2012, One Survivor Remembers was one of 25 titles added by the Librarian of Congress to the National Film Registry, an honor given to “culturally, historically or aesthetically” significant American films. He also created and was executive producer of The Cape, a one-hour drama syndicated during the 1996-97 television season.

Antholis rejoined HBO in April 1997 as a consultant on the Emmy®-winning miniseries From the Earth to the Moon. He was promoted to vice president, Original Programming, Drama Events, in 1998, responsible for overseeing the development and production of drama programming for HBO, and worked as a program executive on the miniseries The Corner during that time. In 1999, Antholis was made vice president, HBO Films, supervising such projects as Wit and The Gathering Storm, and was named senior vice president, HBO Films & Miniseries, in 2004, serving as program executive for the multiple Emmy® winning miniseries Angels In America among others. He started his television career in production as vice president, Business Affairs and Documentary Production for ZM Productions in 1990. Previously, Antholis practiced law and taught history.

Antholis is a member of the Academy of Motion Picture Arts & Sciences, the Writers Guild of America, the Directors Guild of America as well as the Bars of New York, New Jersey and the District of Columbia. He holds a BA in History and French Literature from Bowdoin College, an MA in European History from Stanford University and a JD from Georgetown University. 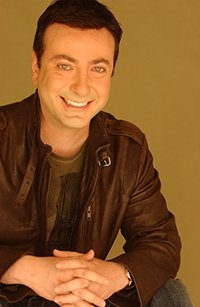 Born in Greece, Evan Spiliotopoulos moved to the United States after high school. Shortly after graduating American University in Washington DC, Evan began pursuing his career as a writer. While employed at Disney, Evan wrote numerous animated films including: Tinkerbell and the Lost Treasure, The Little Mermaid III, Pooh’s Heffalump Movie and The Three Musketeers which earned him a DVDX nomination for Best Screenplay. Outside of Disney, Evan also wrote The Nutty Professor for the Weinstein Company, starring Jerry Lewis and the Ottawa International Film Festival Grand Prize winner Battle for Terra.

After his stint in the animated world, Evan made the transition into live-action. Among projects for Fox, Paramount and Sony, Evan wrote the Snow White and the Huntsman draft that got the project green lit and attached star Chris Hemsworth. Subsequently, Evan wrote Hercules for MGM, directed by Brett Ratner and starring Dwayne Johnson as well as Universal’s The Huntsman, currently filming in the UK and starring Hemsworth, Charlize Theron, Emily Blunt and Jessica Chastain.

Evan’s future projects include Beauty and the Beast for Disney, starring Emma Watson and directed by Bill Condon; Young Sherlock Holmes for Paramount produced by Steven Spielberg and Chris Columbus; Seven Wonders for Fox, produced by Brett Ratner and Beau Flynn; and The Dishonourables for Sony, produced by Joe Roth and Palak Patel.

LAGFF Orpheus Awards will be presented Sunday evening, June 7, 2015 at the historic Egyptian Theatre in Hollywood, following the Closing Night film. For tickets or to purchase your All-Access GOLD PASS, click HERE.