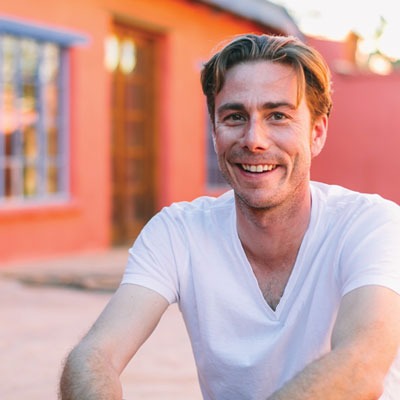 Joseph Beyer currently works as Director of Digital Initiatives for Sundance Institute where he managed the development team and launch of the Sundance Institute #ArtistServices Initiative under the direction of Executive Director Keri Putnam and the Board of Trustees. #ArtistServices provides exclusive creative funding, distribution, marketing and theatrical support to 6,000+ Sundance Institute alumni artists. Filmmakers are eligible for innovative universal and pre-negotiated deals to self-distribute their work to top digital retailers – all while retaining and controlling their creative rights and release plans. Beyer led the team that developed the first-ever collaboration with crowd funding leader Kickstarter.com to provide Institute alumni exclusive training and promotional support in creative funding. 200+ projects totaling over $7 million dollars have been successfully raised through the partnership since launching in January 2011. He has been with Sundance Institute for 11 years. 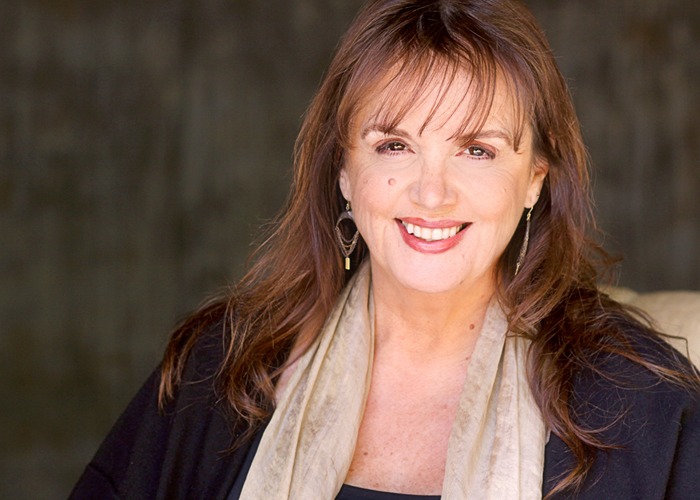 Bobette Buster, author of DO STORY: How To Tell Your Story So The World Listens (Do Book Co., 2013), is also currently producing the feature documentary, SOUND! THE MOVIE, with Karen Johnson and director Midge Costin (Chair of the USC Sound Department). She shares screenwriting credit with Stefano Rulli, Sandro Petraglia, and Gabriele Salvatores on SIBERIAN EDUCATION (2013 Focus Features/Universal release), also directed by Salvatores, and starring John Malkovich. Buster was a Disney Fellows Finalist, 2007. She is a regular story consultant for major studios including Disney, Cattleya Prods (Rome) and Lazennac Prods (Paris). She worked with Tony Scott for seven years, as his creative development executive (REVENGE (1990), Credit: Associate Producer), and was a Production Consultant with Larry Gelbart, WEAPONS OF MASS DESTRUCTION (2004) and BARBARIANS AT THE GATE (1993) (HBO, Emmy Best Film). She was the Production Coordinator on the PBS Special, IN SEARCH OF. Buster is both a graduate of and Adj. Professor in the USC Peter Stark Producing Program, where she created the first MFA curriculum for Feature Film and Television Development, “The Art and Craft of Cinematic Storytelling.” Now, her international lecture series, “Deconstructing Master Filmmakers,” has positioned her on the Guest Faculty of Pixar, Disney Animation, Disney Channel, Sony Animation, Twentieth Century Fox, the University of Milan, La Fėmis (Paris), Screen Training Ireland, North By Northwest (Denmark), The Sundance Institute Latin American Lab (Oaxaca) and Media Business School (Spain). She is frequently requested to create guest lectures for diverse groups on such subjects as “Story Physics” (for Pixar, Disney – all divisions), “The History of Hollywood Economics” (for Twentieth Century Fox), “Finding Animation” (Australia), “Hard-Wired for Wonder,” “The Uses of Enchantment,” “Violence in Entertainment,” “The Purpose of ‘Happily Ever After’”, “Hollywood Economics 101”, ‘Epiphany” and “The Ten Stages of Transformation as Revealed in Storytelling.” Her 20-minute video DO LECTURE, “Can You Tell Your Story?” can be seen on: http://beta.thedolectures.co.uk/lectures/can-you-tell-your-story/ 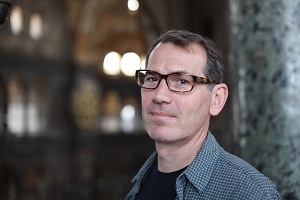 Paul Federbush joined the Sundance Institute last year with seventeen years experience as an acquisitions and distribution executive, spanning both the independent and studio film communities. Federbush worked hands-on with exhibitors and media outlets to market and distribute nine independent documentary and feature films while partnered in distribution company Red Flag Releasing, as well as serving as Senior Vice President of Production and Acquisitions at Warner Bros’ specialized division, Warner Independent Pictures (WIP). As one of its founding members, Federbush oversaw acquisition, development and production on such Academy Award® winners as SLUMDOG MILLIONAIRE (2008) and MARCH OF THE PENGUINS (2005), as well as Sundance lab project PARADISE NOW (2005). Prior to Warner Independent, Federbush served as Vice President of Acquisitions and Production at the foreign sales company Pandora, and Vice President of Acquisitions at New Line Cinema’s specialized division, Fine Line Features. During this period, Federbush worked on and acquired such films as the cult hit DONNIE DARKO (2000) and Academy Award® winners/nominees SHINE (1996), THE SWEET HEREAFTER (1997) and DANCER IN THE DARK (2000). Born and raised in the New York City metropolitan area, Paul Federbush graduated with an MFA in filmmaking from New York University’s Tisch School of the Arts. He also received a BS in Political Science/Economics from NYU. 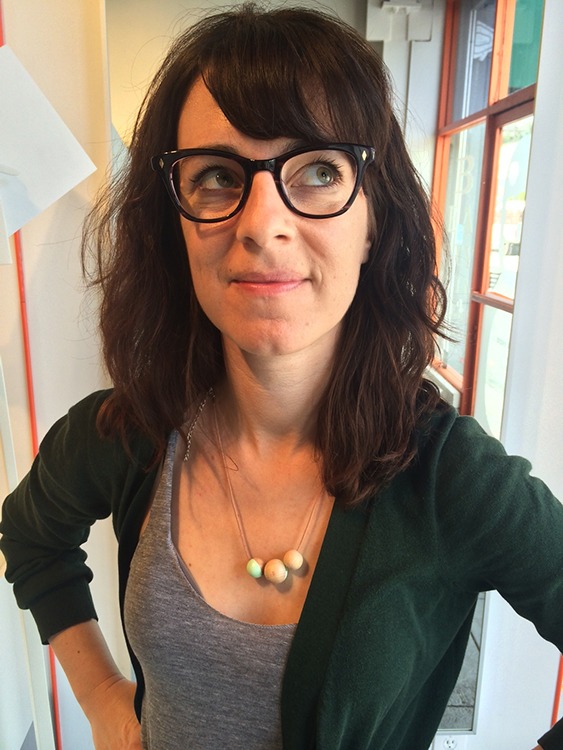 Susanna Fogel is a Los Angeles based writer-director who currently serves as co-creator and executive producer of Chasing Life, an hour-long television series for Lionsgate and ABC Family that will premiere on June 10th, 2014. Previously, she and writing partner Joni Lefkowitz coauthored several scripts for film and television including the 2008 shot HBO pilot THE WASHINGTONIENNE (which they executive produced alongside Sarah Jessica Parker) and an original webseries for Warner Brothers entitled JONI AND SUSANNA, which she also directed. Susanna recently directed her first feature film, LIFE PARTNERS (based on their script and a fellowship project of the 2012 Sundance Screenwriters and Producers Labs), which stars Leighton Meester, Gillian Jacobs and Adam Brody and will be distributed by Magnolia Pictures later this year. 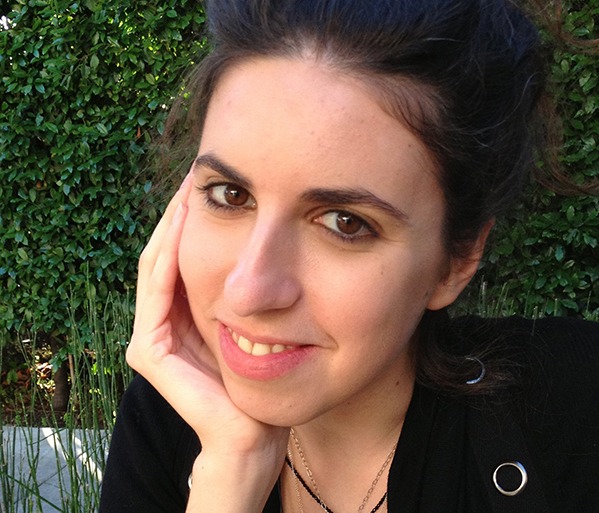 Anna Germanidi grew up in Athens, Greece, where her early love for film got her involved with the Athens International Film Festival. Prior to receiving a Master’s Degree from the S.I. Newhouse School of Public Communications at Syracuse University, Anna produced several short films in both Athens and New York. Now the Festival Director of Slamdance Film Festival in Los Angeles, Anna also programs for the festival and screens for the Los Angeles Film Festival. 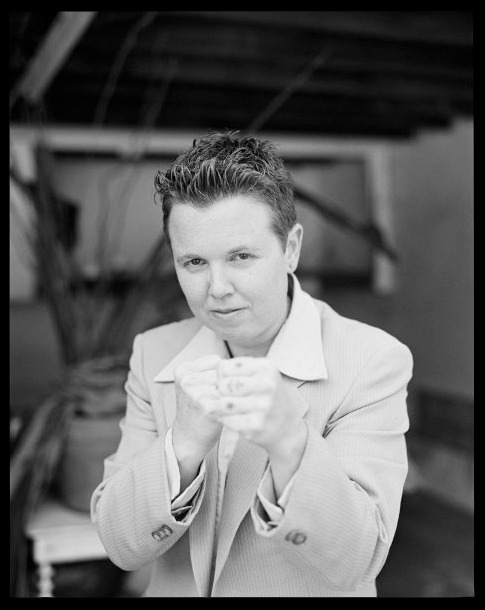 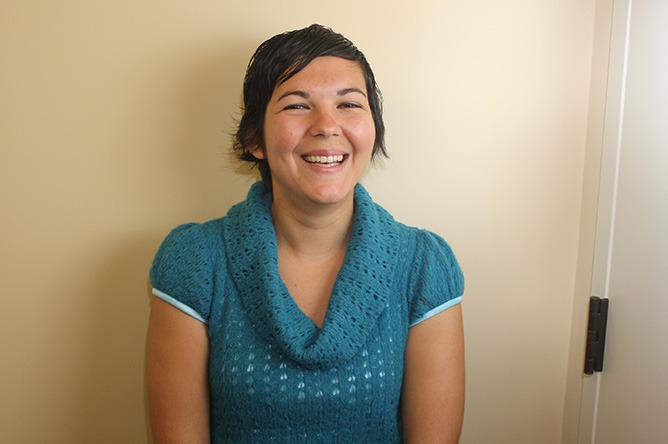 Athena Kalkopoulou oversees the Film Society’s Project Development and Documentary program providing consultation and support to hundreds of filmmakers throughout all stages in the production of their projects – from conception of an idea to the development & execution of effective fundraising and audience engagement strategies. She is a part of the San Francisco Film Society’s Filmmaker360 team that has recently funded SHORT TERM 12 (2013), FRUITVALE STATION (2013), BEAST OF THE SOUTHERN WILD (2012) and CUTIE AND THE BOXER (2013) amongst others. She brings into Filmmaker360 fifteen years of experience in film production, distribution and exhibition. Prior to moving to the US in 2007, she worked in Athens, Greece as a publicist for clients such as Fox Searchlight and Focus Features. She has worked for film festivals in Greece, Germany and Italy and also as a production coordinator for a variety of productions including two documentary productions for the French-German ARTE. She holds an MA in Film & TV Production from Bristol University and a BA in Media & Cultural Studies from University of Sussex in the UK. 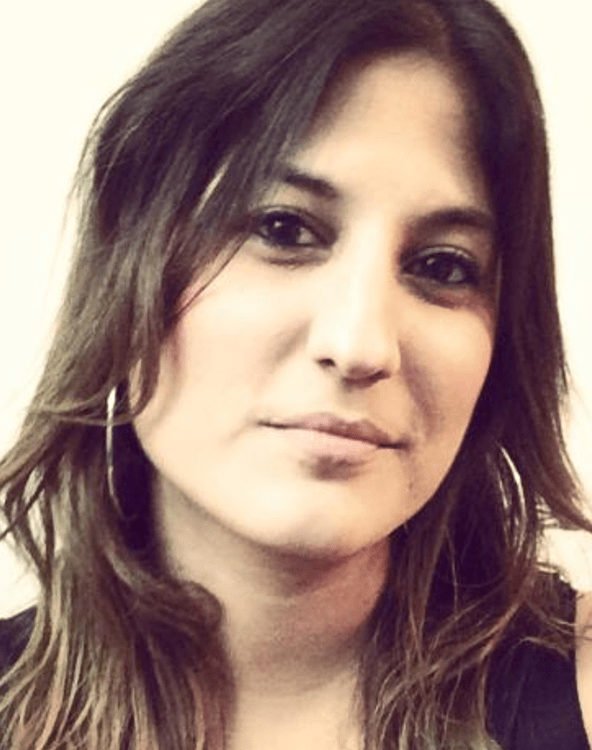 Christina Karakasidis is currently a talent manager at Thruline Entertainment, Christina Karakasidis has been working in talent representation for more than seven years. Born and raised in Philadelphia, Christina received a Bachelor of Arts in Strategic and Organizational Communication from Temple University in 2007. Upon moving to Los Angeles in 2008, she assisted JJ Harris and Graciella Sanchez at One Talent Management. In 2009, she began working under Ron West, a partner and founder of Thruline Entertainment. After being promoted to manager, she developed a client list including Christian Serratos (THE WALKING DEAD),Valorie Curry (THE FOLLOWING), Laz Alonso (FAST AND FURIOUS), Annabeth Gish (THE BRIDGE), Liza Lapira (SUPER FUN NIGHT), AJ Buckley (JUSTIFIED), Scott Haze (CHILD OF GOD) and Jordan Hayes (HELIX). Along with talent, Christina also represents writers such as James A. Woods who sold a pilot titled Almost Vacant to Comedy Central in 2009 in which he wrote and was attached to star in, and recently sold two spec feature scripts to Sony Pictures and Roland Emmerich’s Cosmopolis Entertainment. Christina currently resides in Los Angeles, CA. 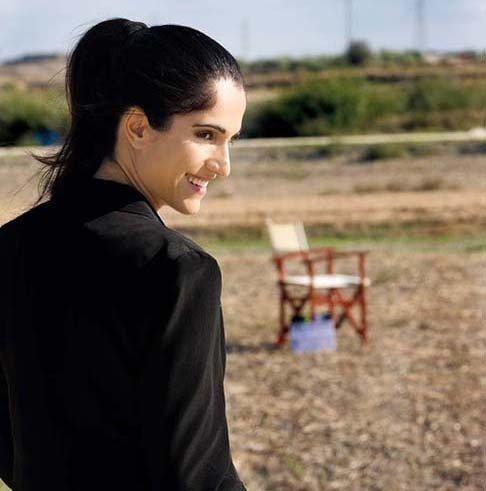 Stelana Kliris is a South African Cypriot writer / director with a background in editing and production on international film and commercial productions in Greece and Cyprus. She graduated with a Bachelor of Journalism from Rhodes University in South Africa and has completed post-graduate courses in writing and directing at institutions such as the New York Film Academy in Los Angeles. She has written and directed two short documentaries and two short films to date. Her first narrative short THE FIDDLER (2011) was awarded at the Drama International Short Film Festival in Greece in 2011. She is inspired by stories with heart and humanity and she has a wealth of tales from her multi-cultural upbringing in countries with complicated political situations, like South Africa and Cyprus.  COMMITTED (2014) is her first feature film. 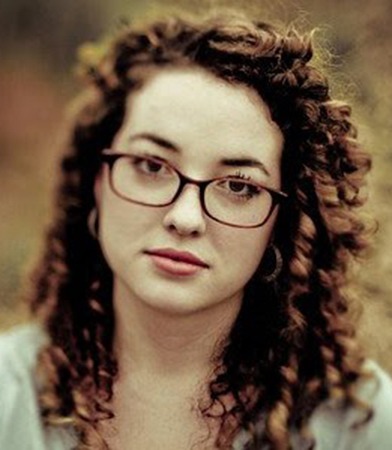 Missy Laney has guided over 100 artists through successful Kickstarter campaigns totaling $7 million dollars since joining Sundance Institute in 2012, including Sean and Andrea Fine’s Oscar Award Winner INNOCENTE, Jehane Noujaim’s THE SQUARE and Chloe Zhao’s LEE. She began her career at Sundance in the esteemed Feature Film Program and was later recruited to join the Institute’s #ArtistServices, a creative distribution initiative working with iTunes, Netflix, Hulu, Amazon and other partners. As digital distribution manager for #ArtistServices, Laney works with filmmakers leading up to their digital premieres and specializes in organizing their marketing efforts to maximize success. A graduate of Chapman University’s Film Producing Program, Laney previously worked in film production and produced multiple shorts including the award-winning SHOOT THE MOON which has played over 100 film festivals internationally. She is based in her native Los Angeles where she enjoys gourmet breakfasts, tweeting and karaoke. 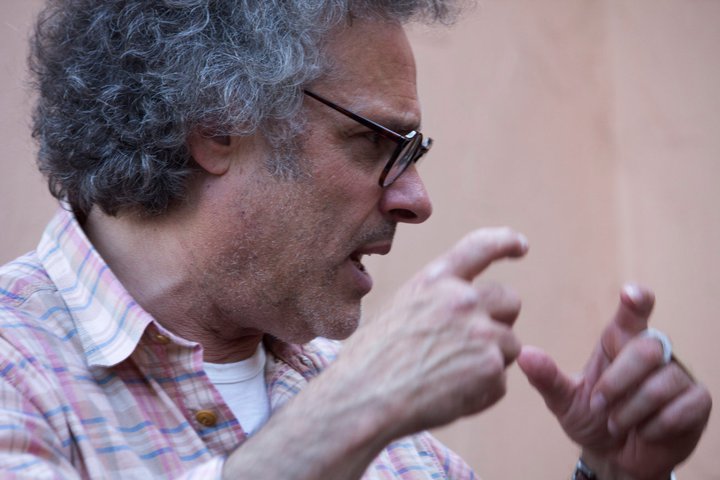 Eddie Richey has worked 21 years as a screenwriter, including a stint in TV, no serious drug or alcohol problems, and a small (three person) “will punch on sight” list. Currently has two feature scripts (with the amazingly talented directors Emily Skopov & Rosemary Rodriguez) and two TV pilots “in play.” Blogs about neglected writers, films, and musicians for Jill Cutler’s wonderful Hollywood Journal.

Srdjan Stakic is a producer. He has a doctorate degree in Health Education from Columbia University and an MFA in Television and Film Producing from USC. Stakic was born in the former Yugoslavia. At 16, he fled to the US. Stakic is a Fulbright scholar. His specialization work included earning certifications from Harvard Law and Stanford Law in Internet Law. While in graduate school, Stakic was recruited by the United Nations where he utilized entertainment media to influence social development globally. In 2009, Stakic relocated to LA to attend the Peter Stark Producing Program at USC. While at USC, he continued to consult for the U.N. as well as intern at the Mark Gordon Company and Universal Pictures (Production Finance/Arturo Barquet and later Creative Development). After earning an MFA in Film Producing, Stakic joined YOMYOMF, a Justin Lin [The Fast and the Furious director] company, where he served as the in house line producer/producer, overseeing production on 40 web series each year. Stakic also Executive Produced (with Lin) a feature film, YELLOW FACE (2013) a Pulitzer Prize nominated play by Tony Award®-winning playwright David Henry Hwang for which they won the Audience Award. Most recently, Stakic started his own production company with filmmaker Kai Barry and they just wrapped on a feature film called NEWCOMER starring Tony, Golden Globe and Emmy Award winner, Anthony LaPaglia and BAFTA Newcomer Award winner, James Floyd. The film was shot on location in Serbia. 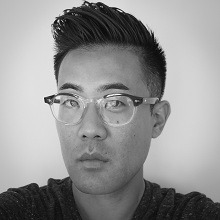 Matthew Takata is the Manager for the Feature Film Program’s international work at Sundance Institute. His focus is on international outreach and selection for the Institute’s Screenwriters and Directors Labs in Utah, FFP’s labs in India, Turkey, Jordan and Japan, and the annual Sundance Institute | Mahindra Global Filmmaking Award. Previously, Takata worked at GK Films on projects including THE DEPARTED (2006), BLOOD DIAMOND (2006), and THE TOWN (2010), following a stint at Key Creatives and International Creative Management. Takata attended the University of California, and is a native of the San Francisco bay area. 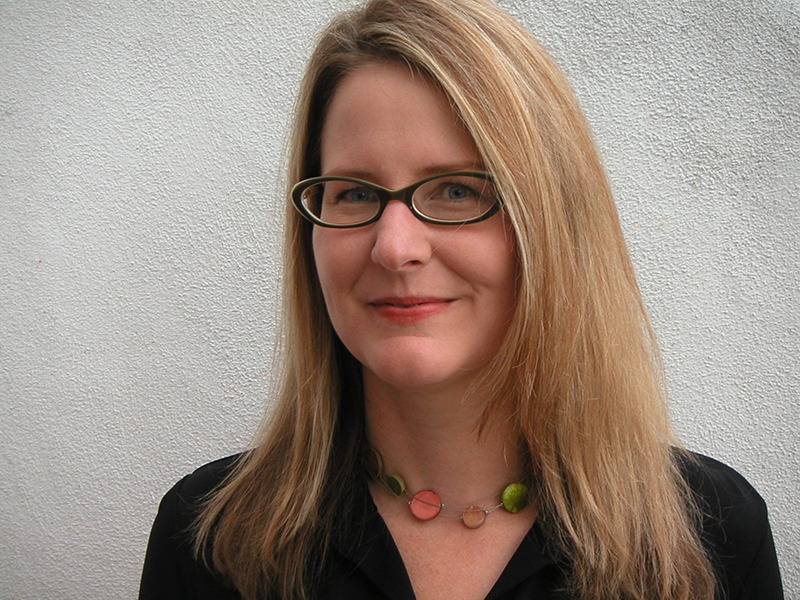 Kelly Thomas has more than 10 years of experience producing independent features and is VP of JuntoBox Films’ Incubator Initiative. Prior to JuntoBox, she was the Producer in Residence for Film Independent’s Artist Development programs and in that capacity managed and curated labs for writers, directors, producers, and documentary filmmakers. Kelly also produced branded entertainment for Vanity Fair and Lincoln Motors. She started her film career with Mockingbird Pictures and later co-founded Extraordinary Renditions. Kelly has worked with acclaimed directors Rodrigo Garcia, Phedon Papamichael, Robin Swicord, and Brad Silberling. She holds an MBA from the University of Virginia and a PhD in English from the University of Michigan.