Stelios Aletraris (NARRATIVE IN VR PANEL) is a Senior Analyst in the Structured Finance Advisory Services of Ernst & Young LLP and works for the Collateralized Loan Obligations (CLO) group. Prior to joining EY, Stelios received his B.S. in Computer Science from City University London and an M.S in Management and Systems from New York University. Stelios was born and raised in Cyprus where he served a two-year mandatory military service guarding the demilitarized Buffer Zone (i.e. Green Line) that was established after the Turkish invasion in 1974 between the Republic of Cyprus and the Turkish troops. However, it was not until his year-long internship, after his undergraduate studies, at the United Nations Headquarters in New York that Stelios along with four childhood friends decided to show the world what in lies in the Buffer Zone, stagnated, for the last 45 years. With the help of the United Nations Peacekeeping Force and a local university, this became a reality and the result was an award-winning six-minute Virtual Reality documentary. 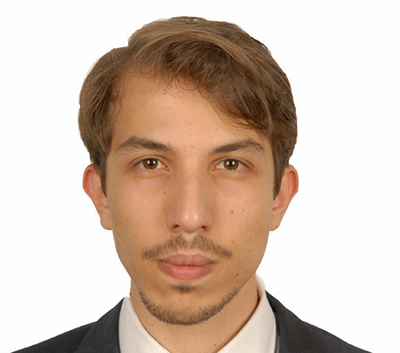 Alethea C. Avramis (NARRATIVE IN VR PANEL) is a creative producer, writer/director, and TEDx speaker who works at the intersection of immersive and traditional media. She is currently the LA-based Creative Producer of French immersive content studio Atlas V, and a Content Director for immersive arts entertainment company Meow Wolf. Recently, she was on the creative team of the Sundance 2019 selection GLOOMY EYES, narrated by Colin Farrell. In 2018 she was on the producing teams of VR experiences BATTLESCAR (Sundance and Tribeca 2018), VESTIGE (Tribeca 2018), and SPHERES: SONGS OF SPACETIME, winner of the Golden Lion at the 2018 Venice FF. 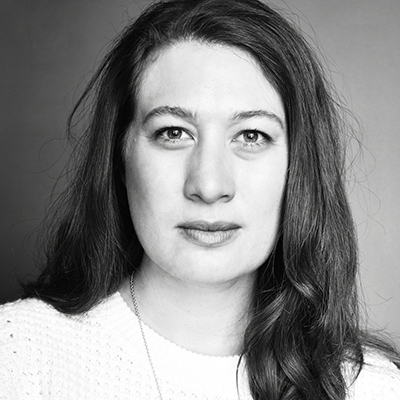 Ioannis Bekiaris (NARRATIVE IN VR PANEL) completed his studies as a Computer Scientist in Thessaloniki, Greece. While growing up in Cyprus, Ioannis has always been intrigued about what lies within the restricted area of the Green Line, a no-man’s land spanning the entirety of the island. Along with four childhood friends he decided to enter this no-man’s land –through official channels- in order to record it and share it with the world. Ioannis co-directed the six-minute documentary ΤΗΕ GREEN LINE  and what originally began as a hobby, quickly transformed into an obsession about filming the Green Line in Virtual Reality in order to transport the viewer within this highly-restricted area. 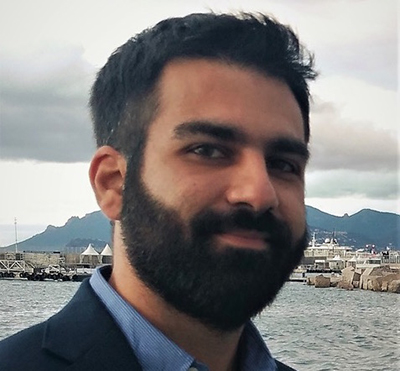 Chris Charalambous (FILM FINANCING PANEL) serves as Head of Acquisitions for Entertainment Studios Motion Pictures, Freestyle Releasing, and Freestyle Digital Media. He is a known fixture on the international market and festival circuit including Cannes, Berlin, Tribeca, and Sundance. His recent theatrical releases include 47 METERS DOWN (the #2 Highest Independent Box Office release of 2017), HOSTILES, CHAPPAQUIDDICK (Executive Producer), GOD’S NOT DEAD (the #2 Highest Independent Box Office release of 2014), CAKE, and SAMSARA. Before joining Freestyle in 2009, Chris worked as a production and development executive at MGM Studios and Irish DreamTime. 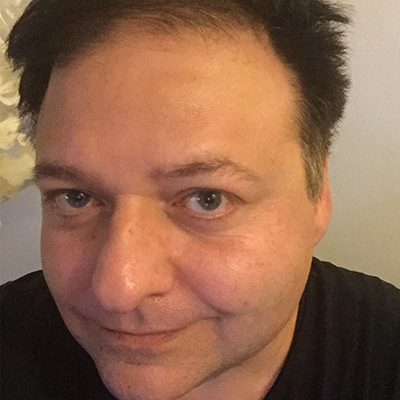 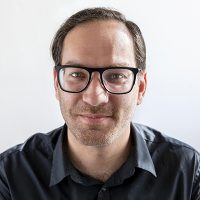 Camilla Grove (ONE-ON-ONE MEETINGS) started out working on documentaries in the midwest and New York. Since then she has worked at Relativity Media, Black Bear Pictures (IMITATION GAME) and is now working at Matt Tolmach Productions (JUMANJI, SPIDERMAN) in film and TV. 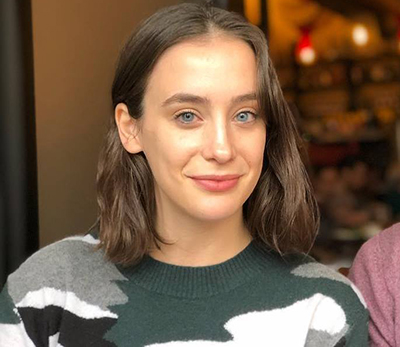 Shalina Grover (JURY) works in film and TV in the NBCUniversal Film & Entertainment Group and previously worked in film packaging and sales at United Talent Agency. Prior to that, she was an analyst at Lionsgate and started her career working on indie films in New York. Pavel Jech (SCREENPLAY FEEDBACK) is a cinematographer born in Prague, Czechia. He also works internationally as a screenwriter for film and television. He is currently chair of the Film Division at Chapman University, and former dean of FAMU, Prague. He frequently mentors at the MFI in Greece and other European workshops. 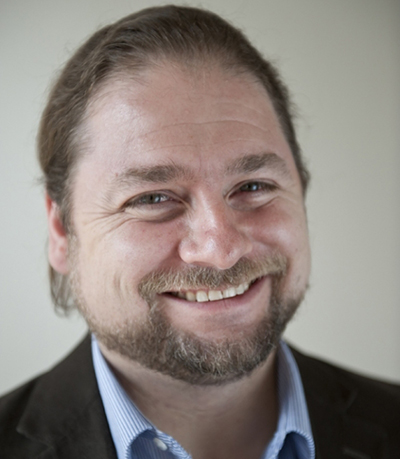 Krysanne Katsoolis (FILM FINANCING PANEL) is the CEO and founder of Viewpark Media which has made recent deals with Francis Ford Coppola’s American Zoetrope. Most recently, Katsoolis founded the public company Liquid Media Group which she uplisted to NASDAQ.  In 2012, she founded Cargo Entertainment which financed and produced over a dozen films including ZIPPER with Patrick Wilson, and ANGRIEST MAN IN BROOKLYN with Robin Williams and Mila Kunis. As a founding partner of Cactus Three, she produced over 30 award-winning films including the Academy Award-Winner THE COVE. She was the former Former Head of Acquisitions for the NASDAQ venture WinStar which acquired over 3,000 films.  She began her career in business and legal affairs for Miramax. 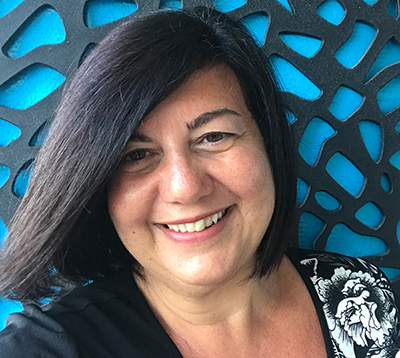 Christopher Kikis (FILM FINANCING PANEL) is the CEO and Co-founder of Emerald Peak Entertainment which develops intellectual property and acquires portfolios of existing brands. He acquired the rights to NOAH’S PARK from Lionsgate Entertainment and developed it for world sales with Amazon Prime and Monster Entertainment in addition to 20 other children’s properties. As Co-founder and President of Ovie Entertainment, Kikis produced the SXSW award-winning documentary DARKON. Kikis has been in the business for over 30 years and brings a talent of skills ranging from creative producer, executive producer, presenter, international impresario, marketing, and sales. As an independent producer Kikis’ mandate is to look for and develop new and emerging talent and has been involved with such films as BOOSTER and other indie darlings. 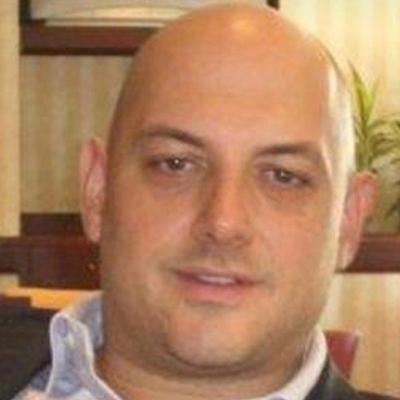 Alexia Kyriakopoulos (NARRATIVE IN VR PANEL) holds an MPS in Interactive Technology and a BS in Marketing Communications and Psychology. After graduating from Emerson College in Boston, she started working for FOX Digital Studio. During graduate school at NYU’s Tisch School of the Arts, she developed a passion for storytelling through new media and has since focused on creating VR and AR experiences. Her first VR interactive documentary NORMAL DAY, is based on the life of a breast cancer patient, and has received several distinctions in FFs around the world. Kyriakopoulos is currently working on her new interactive VR Film SYGNOMI which explores the subject of domestic abuse and is a Creative Producer at ARVORE Immersive Experiences. 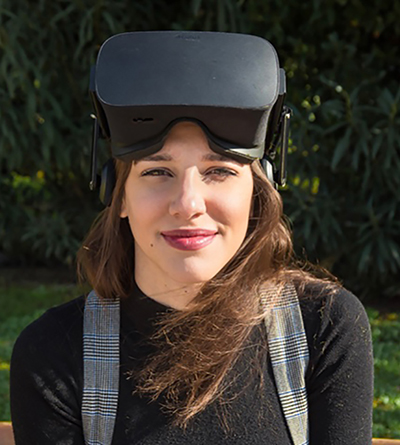 Ana Leocha (ONE-ON-ONE MEETINGS) is a junior executive at Tango Entertainment, an LA-based production company, and financier with the mission to be nimble and story driven. She has previously worked in literary management at the Gotham Group and, prior to that, spent three years working in music management and marketing for touring artists. 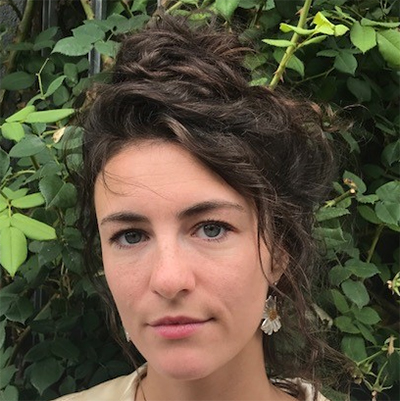 Douglas Lowell (FILM FINANCING PANEL) is a well-regarded entertainment financial consultant having enjoyed an extensive career in operations, distribution, and finance. Mr. Lowell has worked with leading bank and law firms servicing the entertainment industry.  His current and past consulting clients include Freestyle Digital Media, Independent International Television, Radiant Films, Starz Entertainment, and Morgan Creek. He has been quoted in The Economist, Business Week, Forbes, and many other leading magazines and newspapers. 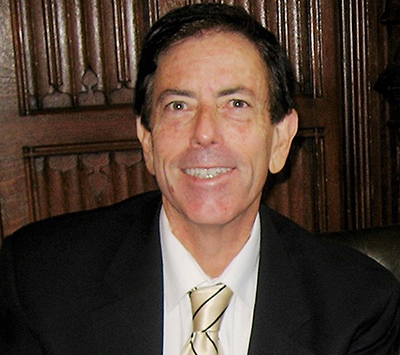 Dan Lupovitz (JURY) is a LA based producer who works internationally. With projects in the UK, Spain, Denmark, Australia and South Africa, as well as the US, Dan has developed the rare identity as an American producer with an expertise in international coproductions. His credits include HUNKY DORY, DEATH DEFYING ACTS, GOOD and SIMPATICO. 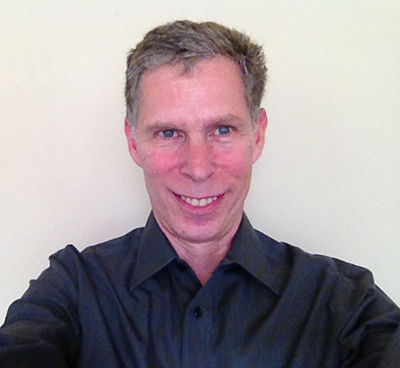 Vangelis Lympouridis (NARRATIVE IN VR PANEL)  is part-time faculty at the Viterbi School of Engineering at USC teaching VR and Mixed Reality at USC Games, and a visiting scholar at the School of Cinematic Arts and the Creative Media and Behavioral Health Center. He is also the Chief Design Officer at Applied VR overseeing R&D and Production of a series of medical VR products. As the founder of Enosis, he worked with Google and Queen to produce the Bohemian Rhapsody VR Experience, an early day’s interactive music VR piece for Google Cardboard. Vangelis holds a Ph.D. in Whole Body Interaction from the University of Edinburgh and has a diverse background in Fine Arts, Interactive Media, Design and Engineering. 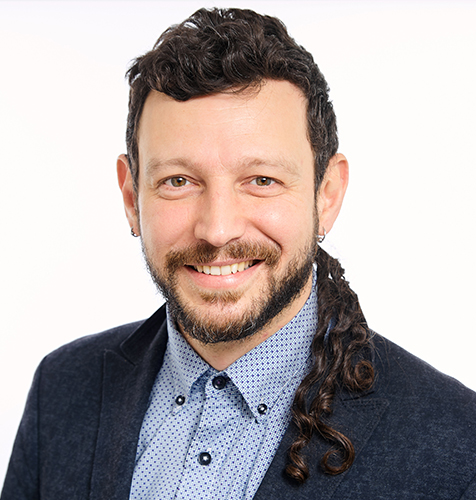 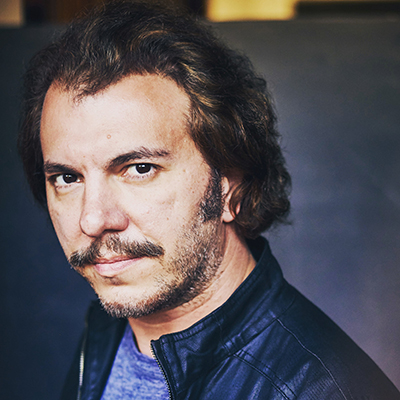 John Nein (ONE-ON-ONE MEETINGS) is a Senior Programmer at the Sundance Film Festival where he has worked since 2001, dealing primarily with American and international feature films as well as the festival’s panel conversations. He curates Sundance Institute’s film preservation initiative, the Sundance Collection at UCLA. John grew up in Europe and the United States, studied history as an undergraduate at Carleton College and earned his MFA in Film Directing from the UCLA School of Theater, Film and Television. He is also the curator/host of the Library Foundation of Los Angeles’ popular film culture conversation series Lost & Found At The Movies at the downtown Central Library. He lives and works in Los Angeles. 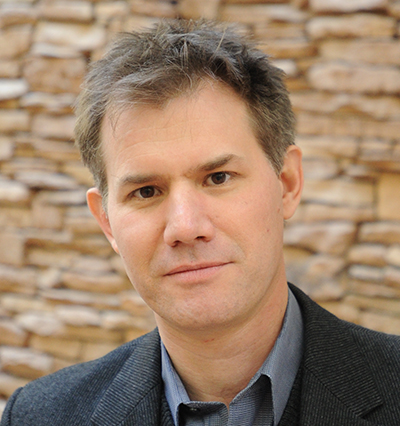 Dorothea Paschalidou (JURY) is a Los Angeles based producer from Greece, with an MFA from USC’s Peter Stark Producing Program and a BA in Film in London. After being Head of Development, Paschalidou now is a Producer for Hyperion Media – a financing and production company (I’LL SLEEP WHEN I’M DEAD, MAGGIE’S PLAN, MEDITERRANEA). She is also producing a historical Docu-Series starring Peter Stormare. She recently was the talent producer on Lionsgate’s series, SWEDISH DICKS, starring Keanu Reeves and Peter Stormare. She has also worked for producer Bob Shaye, and served as the executive assistant to the Chairman & CEO of 20th Century Fox.  In 2014 she produced her first feature film, WORLDS APART, starring J.K. Simmons. Paschalidou worked as a Creative Producer at Justin Lin’s YOMYOMF Network on projects including notable YouTubers. Before that, she was with Alexander Payne’s Ad Hominem Enterprise. 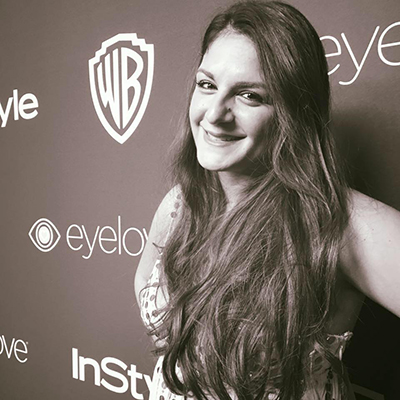 Karolina Peysakhov (ONE-ON-ONE MEETINGS)  works at the LA-based film and television production company, Blue Harp. She has previously worked in film finance, packaging, and sales at United Talent Agency, and at the San Francisco FF prior to that. 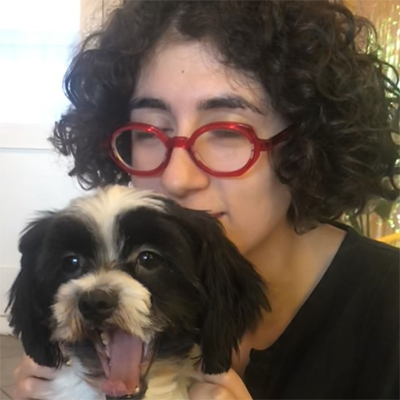 Marisé Samitier (SCREENPLAY FEEDBACK) is a director/screenwriter born in Spain and currently resides in Los Angeles. She graduated with an MFA in Screenwriting from UCLA. and is an alumna of the American Film Institute’s Directing Workshop for Women. Her films have garnered multiple awards. and her action thriller AFRICAN HARVEST is currently in pre-production. Samitier works as a development consultant for Spanish production company Áralan Films, and is currently working on two projects: a romantic-thriller called A FISTFUL OF ASHES (chosen to the Maison des Scenaristes in Cannes 2019) and psychological-thriller called METEORA. She is a member of Women-in-Film, European-Women-Filmmakers, Alliance of Women Directors, and WGA. 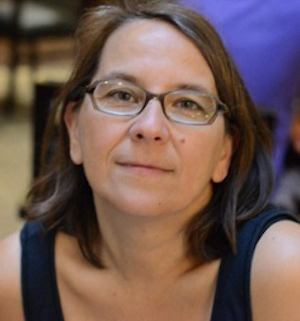 Jeff  Stockwell (GROUP INTRO) is an instructor and mentor of the Screenwriting Lab at Film Independent, Global Media Makers and American Film Showcase screenwriting workshops in LA and across the Middle East. His credits as a screenwriter include: THE DANGEROUS LIVES OF ALTAR BOYS, produced by  Jodie Foster; WILDER DAYS, Disney’s BRIDGE TO TERABITHIA and A WRINKLE IN TIME. In 2016 he worked as a writer at Disney’s Pixar Animation Studios. 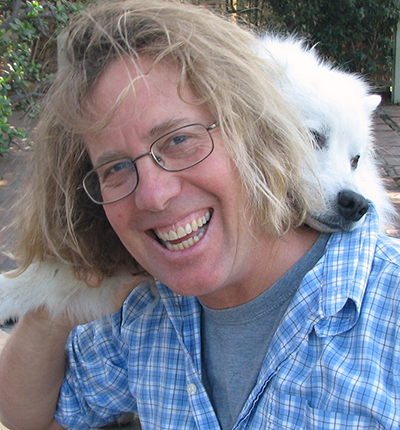 David Streit (JURY) is a film producer, consultant, and documentarian whose resume includes JURASSIC PARK 3, SPECIES, RIVER’S EDGE, DEEP COVER, and INTERNAL AFFAIRS. He taught at the American Film Institute for over a decade and his films have been to major FFs.

David grew up partly overseas, and cultural differences have always fed his curiosity. He began his career producing on ROCKERS, a film shot in Jamaica, which later premiered at Cannes. David’s passion for film has not wavered since. He still mines cultural differences for dramatic opportunities in storytelling. 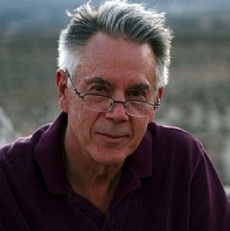 Elia Urquiza (SCREENPLAY FEEDBACK) is a filmmaker and independent producer based in Los Angeles. She is one of the founding partners of La Panda Productions, a creative collective formed by a group of bilingual directors, writers and producers, which has developed an array of internationally acclaimed independent films such as Carlos Marques Marcet 10,000 KM and ANCHOR AND HOPE, NOBODY’S WATCHING, OPEN WINDOWS, 70 BINLADENS and Urquiza’s own NEXT, among many others. 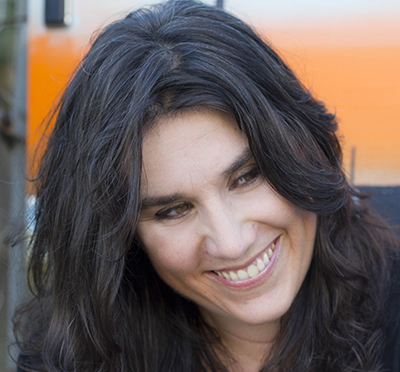 Jenn Wilson (JURY) received her MA in Film Studies from Chapman University and her BA in theatre from Illinois State University. She worked as Senior Programmer with the LAFFl for 10 years, and now works as a programmer for the screening series, Film Independent Presents, as well as FIND Future Filmmakers – a curated day of screenings and programs for high school filmmakers. She also currently co-manages the Film Independent Spirit Awards nomination process, programs and moderates the Film Independent Conversation Series “The Conversation.” This year, Jenn programmed with the Bentonville Film Festival, AFI Docs, and Outfest. 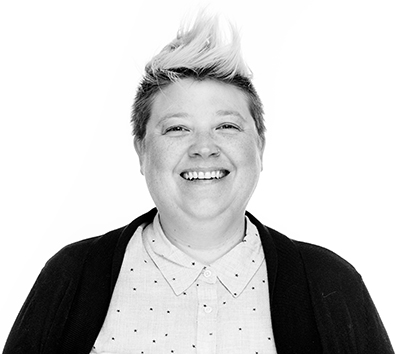