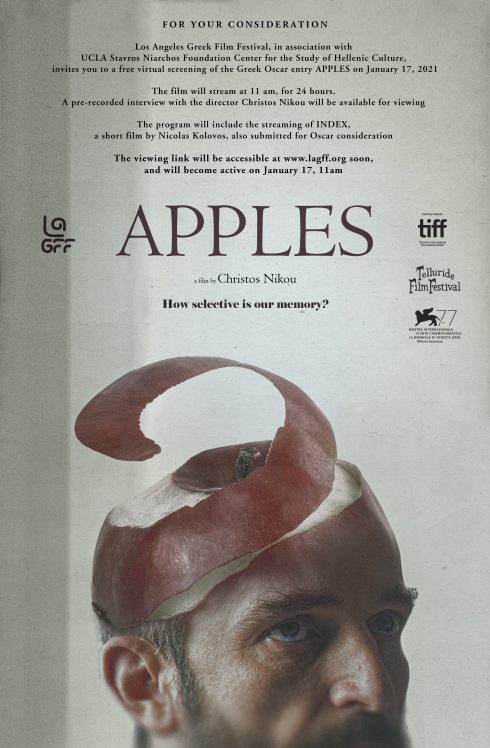 Los Angeles Greek Film Festival, in association with UCLA Stavros Niarchos Foundation Center for the Study of Hellenic Culture, invites you to a free virtual screening of the Greek Oscar entry APPLES on January 24, 2021. The film will stream at 11 am, for 24 hours. A pre-recorded interview with the director Christos Nikou will be available for viewing.

The screening of APPLES will be available in the USA only.

APPLES, is the official entry of Greece in the International Film category and it has also been suggested for Best Picture, Best Original Screenplay, Best Directing

Greece is standing behind Christos Nikou’s debut, APPLES, an allegory about the loss of memory and identity in contemporary times. The film was recognized at the Venice, Telluride and Toronto film festivals, received great reviews, and has Cate Blanchett serving as Executive Producer with her company Dirty Films.

Nikou is a new director whose work adds to Greece’s recent repertory of original and uncompromising stories. Yet, even though it is intended to comment on the collective crises afflicting urban life, APPLES possesses an undeniable intimate, tender and at times humoristic undercurrent.

The program will include the streaming of INDEX, a short film by Nicolas Kolovos, also submitted for Oscar consideration, as well as DRAW WITH ME, a short documentary by Constantinos Venetopoulos, also a qualified film. 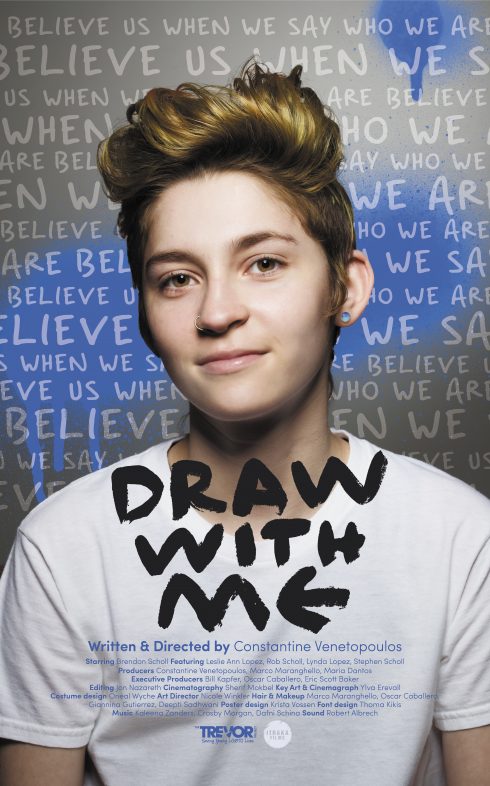 Constantinos Venetopoulos’ short documentary deals with a subject matter that has become increasingly prevalent is today’s society, especially amidst the new generation. DRAW WITH ME is about a transgender youth – Brendon Scholl – and their journey as they engage with art while navigating life’s extraordinary challenges. The film features a special introduction by their aunt Jennifer Lopez.

DRAW WITH ME will be available for view followed by a pre-recorded interview with the director.

The screening of the film will be available in the USA only.

Go to the event page 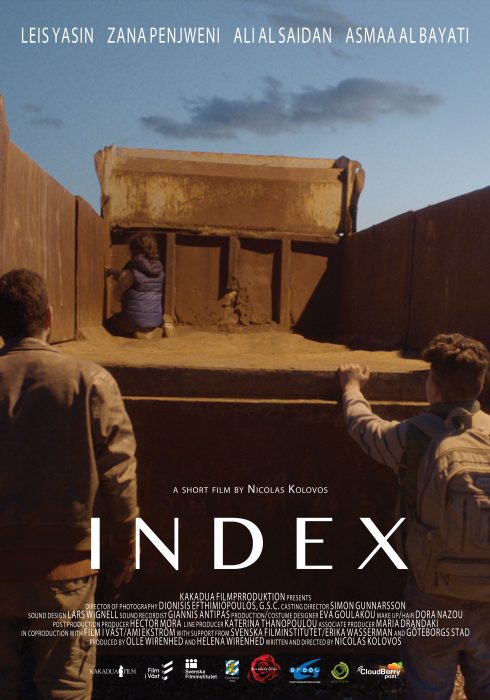 Dana is on the run with his family. The boat that will smuggle them to Europe is ready for departure but his son, Alan, refuses to leave the truck. Dana discovers that Alan is stuck with his index finger in the truck body. The panic rises at Dana and in his desperation he is faced with a terrible choice. Nicolas Kolovos’ film deals with the refugee crisis in a fresh and unexpected way.

INDEX will be available for view followed by a pre-recorded interview with the director.

The viewing links will be accessible and active on January 24, 11 am PT.